Last Thursday was a dark day in Ontario as the Conservative Party led by businessman-bully-bullshitter Doug Ford won a majority in the provincial election. Two guests assess the factors behind the Ford’s win and the chances for building an effective opposition to the coming right-wing agenda for Canada’s most populous province.

First up, Doug Nesbitt, PhD student in history at Queen’s presently competing his dissertation on the Days of Action during the last Conservative government in Ontario under Mike Harris. He is also an editor at rankandfile.ca as well as an organizer with the Fight for 15 and Fairness in Kingston, where he lives. He analyzes this 2018 election drawing on links with the Harris years in the 90s, the opposition then and its lessons.

He leaves off exactly where my conversation my second guest, Deena Ladd, begins. Deena is the director of the Worker’s Action Centre in Toronto and one of the main organizers behind Ontario’s wildly successful Fight for $15 and Fairness. She discusses how Doug Ford’s win came about and what this tells us about the strategies that can challenge his government from below. 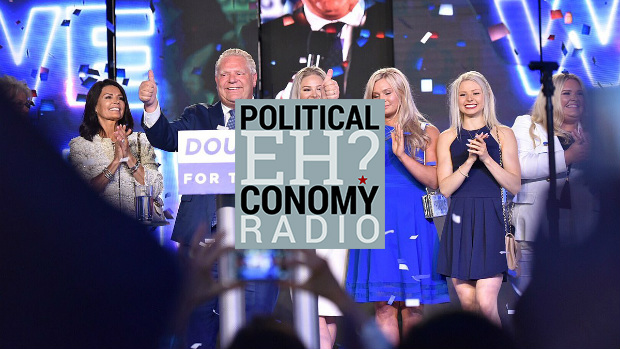 I’ve been reading your book and I was surprised to not see any mention of the work of Philip Mirowski.

Mirowski’s three books “The Knowledge We Have Lost in Information: The History of Information in Modern Economics”, “Never Let a Serious Crisis Go to Waste” and “Machine Dreams” are essentially the go-to reference for serious critiques of Hayek.

Also, you mention Neurath, but I wanted to know if you read the work of philosopher John O’Neill (kinda of an expert on Neurath), in particular his masterpiece book “The Market: Ethics, Knowledge and Politics” which critiques markets from a Neurathian perspective.

You mention Hebert Simon in your book, have you read this paper?

Is H.A. Simon a theoretician of decentralized planning? A comparison with F.A. Hayek on planning, market, and organizations – Stefano Fiori:

As an alternative to Coase’s theory of costs, you could take a look at K. William Kapp’s theory of Social Cost and his book “The Social Costs of Private Enterprise”:

Hilary Wainwright has also written stuff on this:

Arguments for a New Left: Answering the Free-Market Right

This sociology book offers an alternatives theory of how real market actually work: