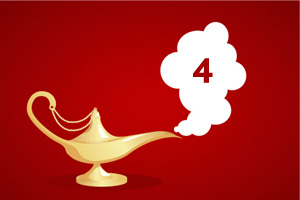 Consider another example of an economic magic number: 2%. This is commonly held out to be an optimal level of inflation – neither too low so as to exacerbate deflationary risks nor too high so as to place noticeable costs of rising prices on businesses and individuals and potentially lead to inflationary spirals. Unlike the 90% public debt threshold, a 2% inflation rate target remains an object of academic respect and an established policy device. However, the 2% inflation target is in many ways a useful myth of central banking. There is evidence that, while inflation can have an impact of growth and well-being, a 2% target is unnecessarily strict.

Yet despite the mounting evidence against the 90% threshold for government indebtedness, many countries continue to pursue aggressive debt reduction strategies in its name. Similarly, the 2% inflation target is nearly universally accepted across the global North and similar firm, albeit sometimes slightly higher, targets are being adopted across the South. In truth, the push for shrinking the public debt has often enabled massive privatizations of public resources and reductions in public services without affecting growth; in the case of Eurozone crisis countries such as Greece or Italy, these policies have meant that the very creditors who were instrumental in causing the crisis are being repaid on the backs of ordinary people, crippling local economies. Meanwhile, central banks increasingly abandon the possibility of using monetary policy to foster full employment, focusing instead on inflation targeting, which can end up as the stick used to temper wage demands.

The function of both of these magic numbers, and many others like them, has been to give a veneer of rigour, neutrality and, indeed, inevitability to policies that are neither based on rigour, neutral nor inevitable. Studies like that recently published by the IMF do more than merely uncover some of faulty math behind a particular magic number; they expose a much deeper problem with how mathematics is used in broader popular economic discussion. A single, mistaken threshold is mathematical issue; a pattern in how such thresholds are used is a political and economic issue.

Anyone who enters economic policy debates will soon find out that math is not infrequently used as a brow-beating device. Numbers, statistics or equations can be much more effective in silencing critics than direct counterarguments – “if you don’t understand the math, you clearly don’t understand the debate.” In other words, some people are too stupid to debate economic policy and should accept on trust magic numbers or other shorthand means of communicating supposedly mathematically-complex ideas. Furthermore, when math is used as a weapon, it can further entrench class-, gender– and race-based inequities in education and socialization that already work to diminish particular voices in the square of public opinion.

Indeed, even old, white, male Nobel Prize winners in economics get upset about how math is used to badger opponents in economic policy disputes. Paul Krugman recently wrote an interesting comment that bemoans conservative economists beating up on their progressive colleagues. Krugman argues that when progressive economists point out that real markets do not conform to the fantasy world of perfect competition, they are summarily accused of misunderstanding the most basic principles of their science. They are, in essence, told to go back and relearn the lessons of Economics 101. Yet, as many of those who have suffered through a mainstream Economics 101 course know, this is more an exercise in ideology than science; the point of such an argument is not to extend debate using math to provide evidence but to use math as a weapon to cut debate short.

This is often also the case with magic numbers like 90% or 2%. While key numbers and statistics may be useful shorthand, it is equally easy to use them as short for “don’t ask any more questions because you won’t understand the math…” – with the subtext “…and if you did you would realize that this policy is in your best interests.” There may be magic numbers in physics – the speed of light, the gravitational constant – but the existence of such universally-applicable magic numbers in economics is on shakier ground. Economics, after all, describes social systems that include not only laws, regularities and quantities but agency, uncertainty and quality. I’ll have more to say about these in a follow-up post.

For now, a final thought. Someone could try to point out the irony in using mathematical studies like that just published by the IMF to argue that math is employed to silence debate. The difference here is an open acknowledgement of the political terrain on which economic battles are fought. This choice of fighting metaphors in this post is not accidental. As some of the old sources of economic growth exhaust themselves, there is a war on for new sources of profit. Large redistributions and reorganizations of work and social life are underway that are at once very simple but, on the other hand, portrayed to be so complex that we need the shorthand of magic numbers to understand them. “90% good, 110% bad” is easy to repeat but harder to argue with – indeed, it takes not only an acceptance of the political in the economic but a whole slew of numbers just to show how mistaken such slogans can be.

It’s time to take the magic out of the numbers in economics and leave the constants to the physicists (though even they see uncertainty lurking at the most fundamental level of their science). Exposing the sleight-of-hand – whether in the form of methodological error, selective use of data or poor theoretical specification – behind the magic numbers of economic policy weakens the power of the math stick. It confirms that math is a tool: not the destructive stick that admonishes those who question economic policy for a false ignorance, but a productive means of raising questions about fantasy worlds and ready-made solutions with dubious political underpinnings.