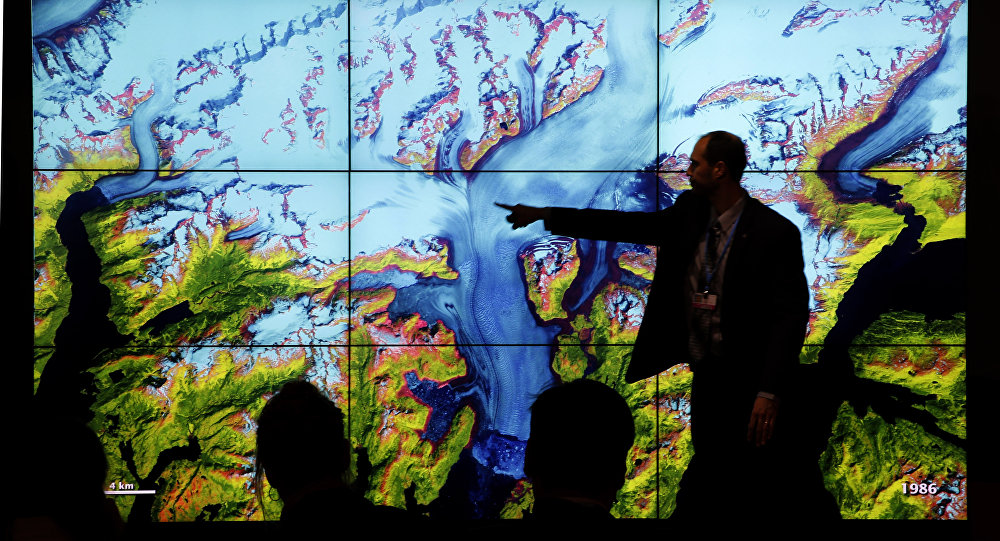 Is there any concerted pressure from the Global South to really start shifting both rhetoric and policies at this official level this time around?

There is a lot of rhetoric about developing countries doing more, but when it gets to the crunch, there will be a lot of diplomatic pressure on the G77 and China. It’s the old colonial divide-and-rule tactics, which the EU does particularly well. They’ll offer some trade concessions to one country, threaten to withhold aid from another — with the ultimate aim of forcing sufficient wedges to prevent a unified developing country position.

Where does China in particular fit? On the one hand, its government is having to appease the population because of all the pollution, and it’s actually building a large amount of infrastructure. On the other hand, it remains a large consumer of fossil fuels. China also has this role where, while it’s clearly still a developing country, it’s easy for the most developed countries to pin stuff responsibility on it due to its size and rapid growth.

That’s a good summary. On the one hand, China has peaked its coal use and has a massive program to build out renewable energy infrastructure. On the other hand, it’s still an increasing user of fossil fuels and has huge problems with air pollution.

Similarly, in the context of these talks, China plays different games at the same time. So China champions the “common but differentiated responsibility” piece, which says developed countries have to do their fair share. This is obviously in China’s interest to strengthen, but there’s also an element of Global South solidarity. At the same time, China’s interests are aligned with the other BRICS countries, and these can diverge from those of other developing countries. We saw that at the Copenhagen talks, where the BRICS countries made a deal with the U.S. and left other developing countries out in the cold.

We see both of these Chinas at the talks, and it’s not clear which will have the upper hand.

What about the emissions targets? I recently saw an article — in Nature no less — that called scenarios keeping global warming to 2 degrees “farcical” and completely detached from political reality. Can even this admittedly arbitrary limit still be achieved?

There’s a debate within the talks about whether the global target should be 1.5 degrees or 2 degrees of warming. In the end, it’s a debate between two things that aren’t going to happen.

Just take the 2 degree target. It’s not technically impossible but it would require a massive effort on energy efficiency, which we know is the quickest way of kickstarting change. There are some clever people at the International Energy Agency who worked out that if you take into account all the emissions locked into all the new infrastructure that’s already being built around the world, then by 2017 there will be no more room for building anything else unless it’s zero neutral — no more factories, power plants and so on — if we want to stay within the 2 degree limit.

That’s the scale of the challenge and if you look at what’s pledged, we’re easily going to overshoot that. With current pledges, the UN estimates we’re on a path to somewhere between 2.5 and 5 degrees of global warming.

Can you speak to the relationship between security and climate, especially in light of the confluence of events in Paris in the last few weeks with the terrorist attacks and this summit in rapid succession?

The immediate situation in Paris is one where the state of emergency is being used to clamp down on climate dissent: climate marches are banned even as large public events like football matches and Christmas markets go on. The security crisis is being used to close down alternative stories to the officially sanctioned one that the French government wants told.

More broadly, national security planners are using climate change as a “threat multiplier” that worsens and spreads conflict. A few years ago I looked at funding for adaptation to climate change and noticed that Italy was spending money to buy coast guard patrol boats to bolster [the EU border agency] Frontex under the guise of climate adaptation. Ultimately, the type of security they’re pushing is security not as human well-being, but its militarized version.

Finally, there’s the situation in Syria. Even though that conflict was not caused by climate change, the extreme drought in Syria for much of the past decade was one of its background conditions. Today, we also have ISIS, which was borne out of the Iraq war, an oil war, and is being fuelled by Saudi extremism, which is itself fuelled by oil. And ISIS actually bankrolls itself largely from illegal oil sales; the group is also benefitting from the oil economy.

Turning back to Paris, what would be a realistic best case coming out of COP21, both inside and outside the talks?

On the inside, the best realistic case — or the least bad case, if you want to put it that way — would be good on the finance aspect and wouldn’t merely sideline the need for new initiatives on adaptation for countries in the Global South to deal with the climate change that is already happening. The best case would be also have a strong pre-2020 element, as the main talks do not mandate much before 2020. Some new initiative on renewable energy in the meantime, for example, would be a big outcome there.

Finally, on the big emissions reduction piece, the better end of the spectrum would include some kind of ratchet-and-review mechanism that upgrades commitments in the future in line with climate science.

Alternatively, you might say that the better case would be some kind of collapse, with the hope that concentrates minds for a better outcome later. A bit better than that would be if Paris did not completely tear up the “common but differentiated responsibilities” clauses that mean some countries can do more, some less. And there needs to be financial transfers to the South.

On the outside of the talks, quite a lot of NGOs and obviously the social movements are already looking beyond Paris. Of course there are some exceptions, notably the big conservation NGOs that have a conservative take, but on the other hand, there are organizations like 350.org, which are more attentive to social movements.

There’s going to be a mobilization on Dec. 12 at the end of the talks. It’ll be a chance to have the last word and say what’s on our agenda, which means some kind of just transition to a different kind of economy: 100 per cent renewable energy and divestment from fossil fuels.

There needs to be a different imagination of what is possible to actually address climate change.

This interview originally appeared in Ricochet and has been edited for clarity and length.