What is done is done regardless of where you were on the referendum—or like most of us, outside the UK. The two questions that grab me now are what lessons can be learned and how to salvage the moment for an anti-racist, anti-austerity coalition. Instead I’ve seen too many tears shed for the EU, which after all is no huge friend to migrants (see the mass graves under the Mediterranean or the camps in Greece) and a cudgel for neoliberal reforms, combined with too much smug condescension at the “stupid” Brits.

The choice between options represented by the upper class ninny Cameron and his upper class ninny foils Johnson and Farage was always a false one. It’s eerily similar to the choice between Clinton and Trump. Smug elitism gets us nowhere beyond the right’s version of internationalized neoliberalism or nationalist xenophobia. Only a strong alternative that looks the middle finger UK voters sent elites in the face can take ground away from the political reactionaries and xenophobes who have punched above their weight.

The referendum took place after four long decades of stagnant incomes, falling expectations and austerity from successive governments. It wasn’t just evil Tories, but New Labour as well, that gleefully transformed the UK economy away from the post-war class compromise (one breaking by the 1970s) towards today’s highly unequal version drunk on globalized finance. In many ways, this wasn’t a referendum on Europe—especially since the UK is out of the Euro, the biggest stick European elites can wield—but on UK elites and the damage they have done to working people. 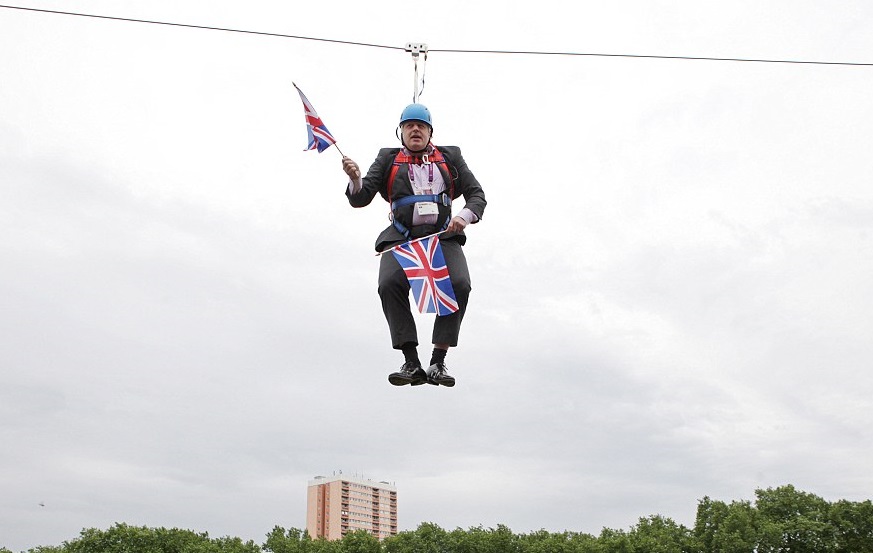 The problem is that the most retrograde section of those same elites, Boris Johnson, Nigel Farage and the rest of their sniveling crew, took advantage of the vacuum and made their xenophobic program the political expression of this anger. Labour’s long foray into enforcing austerity and capping living standards for the many left a long window to build and spread reactionary forces. I hope Corbyn and those around him can push a genuine alternative and pull those who can be pulled away from this misdirected anger without talking down to them. This moment cannot belong to a racist gang of Etonians like Johnson and Farage who have no interest in reversing any of the attacks on regular people and will only pit people against one another, spreading racial hatred. But that will take real work.

One reply on “What is done: quick thoughts on Brexit”

The only comment I’ve read on the subject that hits the nail on the head – which means I agree. I’ve lived as an adult for 3 years in London, one in a completely rural part of the UK. It’s the difference between chalk and cheese. London is not the UK, only a part of it, so the twits there in the capital can just get over themselves.

A lot of the comment I’ve read on Progressive Bloggers is of the hand-wringing variety, on topics like how the young have been betrayed, or that somehow the EU is all progressiveness, sweetness and light when in fact they have treated members like Greece like zhit in the textbook neoliberal manner of getting public assets for next to nothing by over-lending impossible to pay back loans, and btw why should we care if the people starve. Apparently the intellectuals who organized the place and gave it common currency never gave a monment’s thought to equalization payments. It’s impossible to weld together 27 countries with wildly disparate economies and productivities using a common currency without it. Canada could trash PEI as the EU trashed Greece without the fact of equalization. It’s common sense that evaded the plutocrats of the EU. Or perhaps it was on purpose which is a dark thought indeed – but the UK saw through that crap and kept sterling.

Meanwhile, the UK is unfortunately likely to get some complete sociopath like Boris leading them down the garden path to really fundamentalist conservatism and personal praise of his narcissism. Privatize everything and do it with a big grin and lots of big face posters of Boris looking compassionate and caring.

It’s early daze, ahem, so maybe someone will eventually wake up and take the lead. Cameron is/was never known for his personal endurance, so took the easy way out and quit. Details and hard work are not his forte plus he wants to pack his bags and go home to Mummy and complain. Still, demagoguery may well arise, and then the various regions who voted remain can legitimately agitate to leave – in the meantime they should remember that they live in a single country and that majorities rule, otherwise what’s the point? Every little satrap could voice its annoyance, pack its bag and leave otherwise.

It’s a conundrum at the moment.