I’m very happy to have an extended interview with Jane McAlevey this week. Jane is a well-known US labour organizer and author. During the 2000s, she worked for the SEIU, organizing mostly service and care workers. Much of her work was in right-to-work states, places where the labour movement has had limited success in new organizing. Her work led to strong unions that engaged workers, brought hundreds of workers out to regular bargaining sessions among other innovative tactics and helped fight and win political and community campaigns.

Raising Expectations and Raising Hell is Jane’s account of her time as an organizer and a repository of ideas for organizers. She’s is now a post-doctoral fellow at Harvard and is just about done her second book, which goes further into her thinking on organizing today. I caught up with her after she gave a speech at Unifor’s national organizing conference; here’s to hoping Canada’s labour movement can learn some of the lessons her work offers! 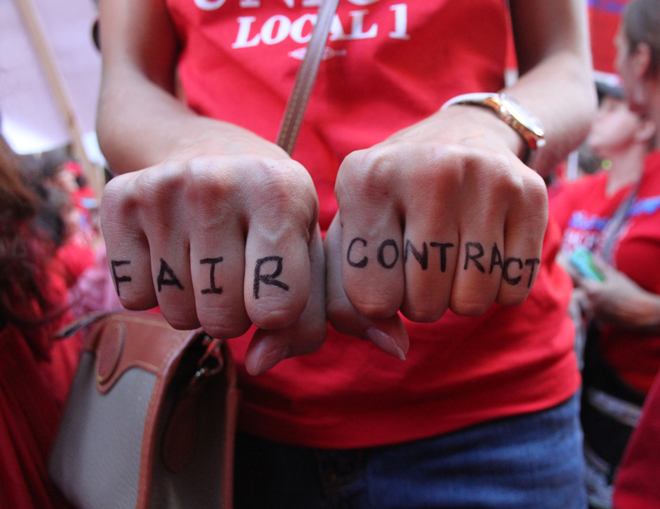