When the Social Democrats turned rightwards in 1986 or so, a lot of the developments that had taken place in other European countries came to Sweden in a few swift blows. In just a few years we had huge increases in class differences and this affected our universal welfare system. This system was always based on the high wage compression, which included the middle class in same welfare system as the rest. Its members felt that since the quality of welfare programs was so high, they were prepared to pay taxes to finance them. But as soon as financing for the welfare sector is cut, then quality drops and the middle class opts out for private solutions.

What happens when you break out of this virtuous circle that creates equality and wins support for high quality services? How does undermining services lead into a different kind of vicious circle?

There’s this misconception about the Nordic welfare state: that it was only possible because of a high level of trust within the population. In the last few years, research has shown that it’s actually an effect of the universal welfare system that people come to trust each other and then the welfare system becomes a further reflection of this. But if you look, for example, at [Milton] Friedman’s more polemical works, he says that if you want to cut the welfare system, you cut the subsidies and run it on deficit for a few years so that the quality drops – then people won’t be interested in defending the welfare system. 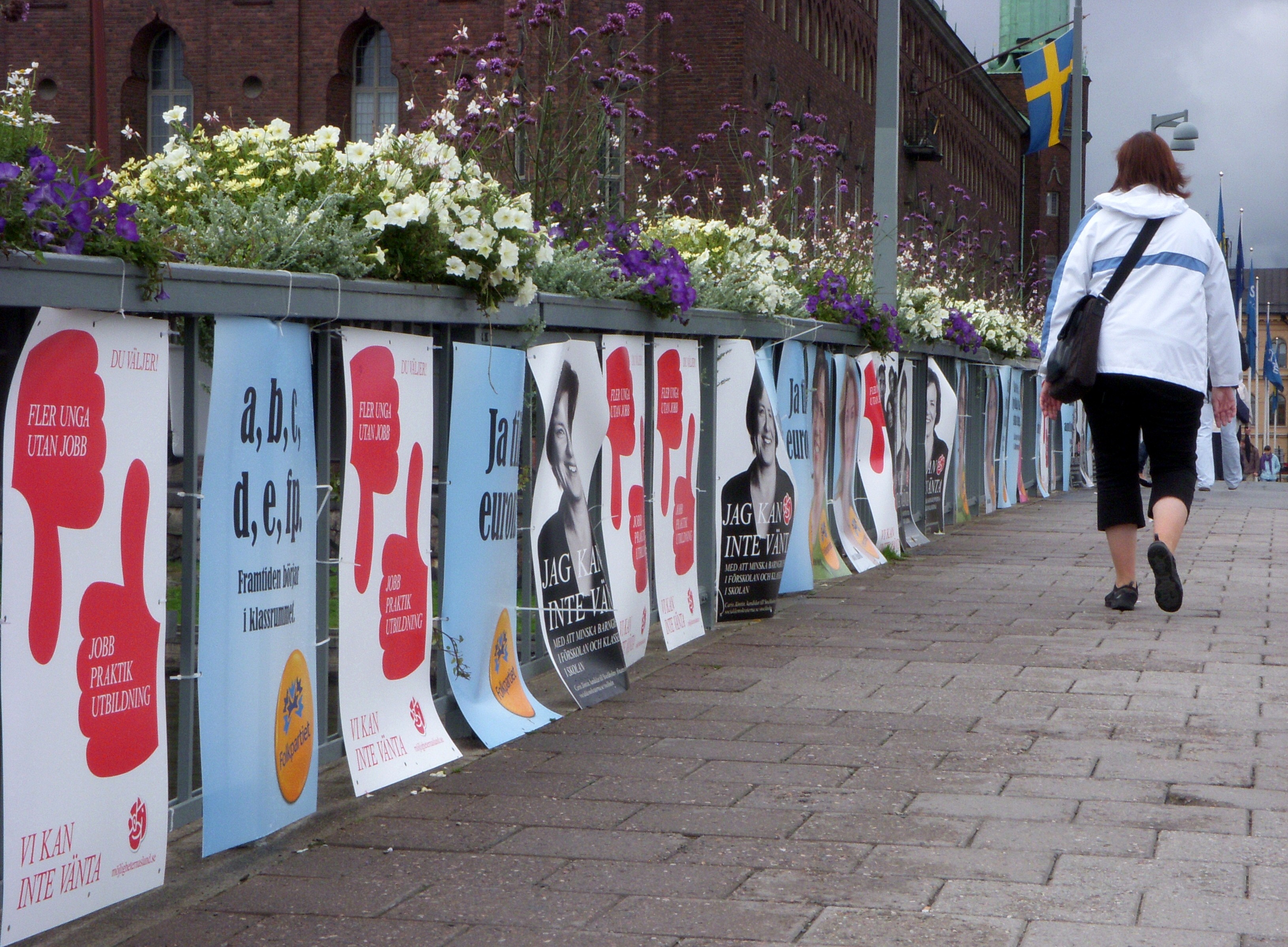 This is actually what the right wing normally does when it comes to power: they cut subsidies so that the quality of, for example, public schools drops and then they propose private schools. People start saying, “Well, if public schools are so bad, then we have to have a private alternative for those who can afford it.” This was an ideological attack and an explicit strategy to undermine trust in the welfare system.

At the same time, in Sweden, 80 to 90% of the public says that they would be willing to pay a higher level of taxes to fund higher levels of welfare. So the expectation of welfare programs is still quite high – it’s just not being pushed by any political party other than the Left Party.

What do you think accounts for this disconnect between the high support for the welfare system and willingness to pay for it on the one hand and what’s actually happening politically on the other?

In Sweden, the Social Democrats have been in power for over 80 of the last 100 years. They had a political project. The idea was to produce a population that was homogenous and equal. There was also an actual strategy to knock out less competitive capital and therefore transfer funds to more productive sectors. Sweden had perhaps the most successful Fordist strategy of all countries.

This produced something unique. We had a social democratic party in power with a social democratic state that produced people with social democratic mindset. By the late 1970s, this ran into contradictions. A few things stopped working: wages were kept lower in the private companies that had the highest productivity to transfer them to the public sector, but the corporations ended up with super-profits.

To make a long story short, the limits of the Fordist strategy became apparent in the late 1970s. The welfare state was always being bought with productivity gains. The division between labour and capital stayed basically the same, but the level of productivity growth was such that you could buy welfare gains even though capital had the same level of profits.

In the late 70s, there was a wave of wildcat strikes. This was a protest against this model that had worked so well between say ’32 and ’79. After that, the Social Democrats become a traditional, Third Way social democratic party. They set an inflation target, allow unemployment to rise and Sweden becomes a traditional European country. What happens next is that the right-wing parties, which could never unite until that point, do so. They become very successful and win two elections in a row, which was unheard of before. That polarizes the Swedish political system and the Social Democrats now feel that they have to win back the middle class swing voters who went to the right-wing coalition.

What is the struggle over the future of the Swedish welfare state then? Are you going back without nostalgia to something that was or will it have to be something different?

The New Left of ’68 had a lot of critiques of the welfare state that we shouldn’t forget: that is was centralized and bureaucratized, that it was hard to push through changes. We shouldn’t return to that. At the same time, what the Social Democrats themselves don’t understand the genius of the welfare state: it produced a society that had a collective subjectivity. There were institutions within society that interpolated, for lack of a better term, people as a collective entity. However, if you have privatization and a consumer model, people start acting as neoliberal economic subjects.

To move forward we have to defend what’s left of the welfare state as a kind of boundary of what can be privatized and what the political right can achieve. At the same time, we have to start thinking about other types of collective enterprises that can produce a society that, in the next step, will push forward for a more collective, universal welfare state – and these will have to be new forms. The big questions are how to produce a new universal, collective form of subjectivity, what types of institutions can produce it and how they can survive electoral defeats.

Fascinating interview. Do you have an idea of what he’s alluding to when he says “other types of collective enterprises”?

I think he means other types of worker and popular control that go beyond the big, arms-length state and small co-operatives on the other hand. It might involve things like participatory budgeting, public banking perhaps, more democracy on the shop floor, etc but I think partly it’s a question of new forms that we don’t quite know the shape of yet. My guess is as good as yours though here. Thanks for reading!

I’m impressed by the long, pervasive history of the critique of bureaucracy in Sweden, and well as that critique’s theoretical precision. It makes a lot of sense if you consider how relatively semi-sovereign Sweden was beyond the metropoles for so many centuries. For example, Jamtland’s traditional herald was a moose getting annoyingly nipped at by a little eagle (Stockholm) and a little dog (Norway). Because the impoverished population was literate, there’s a written record, including some of the critical literary responses to industrialization, such as Folke Fridell’s. What is amazing about that critique, from an Anglosphere perspective, is that unlike our imperial core, German-French-Anglo critique of bureaucracy, it does not point to human social interdependence–or even non-sovereign, delegated agency, as is usual in neoliberal approaches–as the root of unfreedom. Rather, the cause of unfreedom is identified as the inegalitarian institution of ownership and control–as it dominates, enslaves, and turns against us our own human social interdependence. That’s a great intellectual resource to build institutions upon, however mediated by capitalist ideologies. Certainly, Sweden’s traditional worldiness and internationalism contributes to such subtle theory. The late 19th century period of migration produced a lot of ferment, with return-migration bolstering Swedish Syndicalist critical theory.