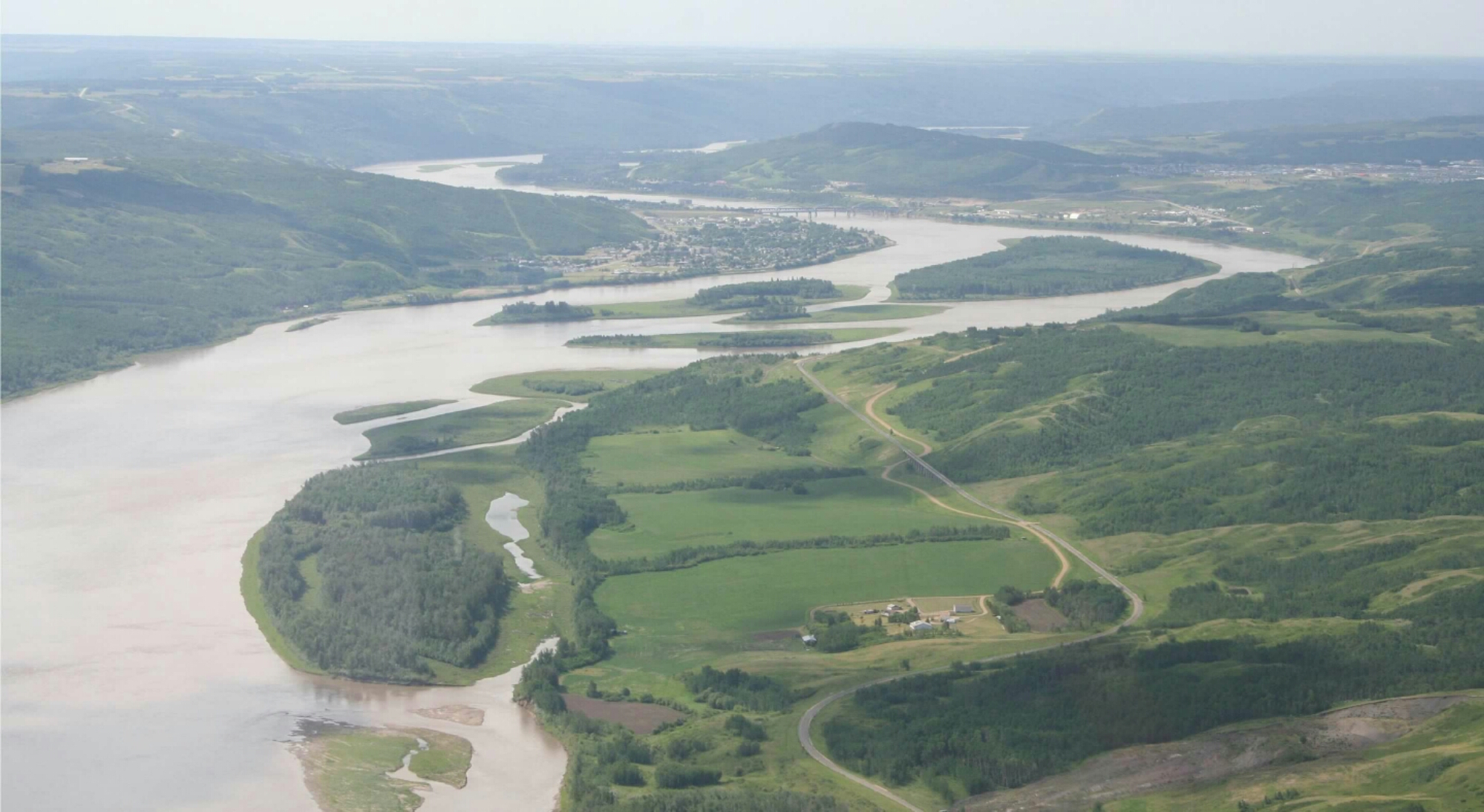 Recently, the alternatives in B.C. have been projects by independent power producers. Since 2002, BC Hydro has beenrestricted from developing new generation (other than Site C), making it reliant on upgrades to existing infrastructure and contracting with IPPs. In fact, Clean Energy BC, the industry lobby group for B.C.’s IPPs has built a powerful brand of green boosterism. Because these private players are producing green energy, their reports are often disseminated uncritically.

IPPs are sold as friendly, small, green alternatives, but they often diverge from this ideal. Although some IPPs are indeed small and owned partly or wholly by municipalities or First Nations, many belong to medium and large corporations.Some have significant fossil fuel investments, others are subsidiaries of financial giants, and others have a history as tax-avoiding “income trusts.” Not to mention that some have been accused of repeatedly breaking environmental regulations.

The biggest problem of all is that IPPs in B.C. have been able to negotiate extremely favourable contracts for selling power to BC Hydro — contracts that essentially end up funneling ratepayer- and taxpayer-funded subsidies to their investors. A recent estimate calculated that BC Hydro lost over $300 million buying power at inflated prices guaranteed in IPP contracts; during the spring run-off when hydro power is plentiful, the loss was over 60 per cent on each unit of energy. This clean energy revolution is but a creeping privatization.

The latest Clean Energy BC report, released not long before the Site C decision, as usual portrayed IPPs providing endless benefits: green energy, local jobs, smiling children — although, conveniently, guaranteed profits didn’t make the list. The report is a cost-benefit analysis without the costs; there are more “benefits” because the projects are expensive. For while IPPs will create jobs and bring some money into communities, that is due in part to subsidized public money that could have gone to fund a whole range of other public services. Rather than lining the pockets of investors, public funds could be building schools and hospitals or expanding transit — all green, all job-creating and all subject to democratic control and accountability.

BC Hydro could itself be investing in, developing and building clean technologies, but both the corporation and successive governments have ignored or actively inhibited this possibility. This is a shame because a Crown corporation like Hydro can borrow at lower interest rates than private firms (and power projects are capital-intensive), generate efficiencies due to its size and rationally integrate new renewables into a comprehensive energy plan. After all, the public utility is already providing massive infrastructure in the form of a reliable power grid that often also has to be extended to the private plants.

An impasse we have to break

This brings us back to Site C. As it stands, the project is problematic: it lacked a transparent, independent review process that took seriously the duty to consult First Nations. As a result, local First Nations have launched justified court challenges — challenges that will likely not be resolved quickly. Luckily, having committed to Site C, the government has significantly cooled the prospect of rapid IPP expansion for the time being.

This means BC will be at an energy impasse for the near future — an impasse that should not be wasted. The way the debate is framed, it is easy to be pushed into the arms of a green power lobby bent on subsidized profits and privatization. Dispelling myths about false solutions like IPPs is not only necessary, it gives a better picture of the true alternatives to power the future.

The energy transition required in Canada and across the world is massive. B.C. is lucky to have rivers that have been dammed to provide clean power. If we here want to think more broadly, including an electrification of transportation systems and other massive shifts away from fossil fuels, then we will need more electricity even with conservation.

I realize big projects are passe these days, but we have enormous needs (and opportune low interest rates) to build public infrastructure — to invest in public assets that can also be transformative. There are certainly better and worse kinds of infrastructure but we should not write off sources of clean, stable power like Site C entirely. There is a need for consultation, due process and independent analysis — but calling for these should redouble a commitment to green public solutions that can accommodate First Nations, respect local communities and defend public services.

In fact, some of the opposition to Site C smacks of the kind of debt panic long fostered by the right. With private capital across the global North unwilling to drive investment, the left has argued that it is high time for the public sector to pick up the slack, especially with extremely low interest rates still prevalent. Taking on public debt to build public assets to last generations is not a bad deal if there is proper democratic oversight.

The future of power generation in British Columbia shows how “there is no alternative” thinking can be manufactured. By setting themselves up as the defenders of green values, the free marketeers behind organizations like Clean Energy BC are putting all of us in front of a false choice between imperfect public projects (often, like Site C, pushed by a cynical government) and their privatized vision. So when Paul Kariya, the head of Clean Energy, states, “let the market decide,” what he forgets to add is that government plays a key role in this free market fantasy. Indeed, it’s not much of a free market if “competition” is fostered through costly public subsidies. If the government’s going to get involved, then we might as well get a public asset out of it.

There are many ways out of the current bind in B.C. Court cases brought by First Nations are rightfully at the centre today. Withholding further judgement on Site C until they are settled, we have the opportunity to build alternative visions that don’t discount large public projects from the outset. Yes, there are options like public geothermal generation that should be explored — options unnecessarily limited by the government’s restrictions on Hydro — but there are good reasons to rethink large-scale projects like Site C, provided they include a planning process that is transparent, democratic and accountable.

We’ve grown accustomed to protesting and shutting down; we need to be careful to recognize the right opportunities to build up.

One reply on “No to pipelines, yes to Site C?”

Appreciate your site. Have resolved to visit more often. Your bigger-picture arguments lend themselves to an extension to a still wider perspective. Would welcome your thoughts on the future of energy development in Canada in a scenario with different assumptions, for instance, severally or together:
* continued raids on public treasuries by vulture (or zombie) finance in the name of austerity for instance.
* accelerating wealth- and demand-destruction through acceleration of the past 4 decades of incremental mainstream impoverishment
* increased demands on public treasuries and diminishing marginal returns on economic activity more generally through climate disruption, drought, famine, water shortages, etc.
* falling EROI and rising energetic and financial costs of energy system and fossil fuels in particular.

What energy, ecological and economic scenarios can be argued for in the face of slow or rapid decomplexification / collapse?