Update: the transcript of this interview has now been published in Jacobin.

This week I’ve devoted the entire show to discussing the most recent developments in Greece. While there is a great deal of day-to-day drama at the level of the ongoing negotiations between Greece and European institutions, I wanted to take a broader strategic and political look at what the election of Syriza both for Greece and more broadly for the left around the world, including in Canada. To that end, I’m happy to present an extended conversation with Leo Panitch. Leo is professor of political science at York University, author most recently of The Making of Global Capitalism: The Politcal Economy of American Empire, written with Sam Gindin, and knows Greece well. 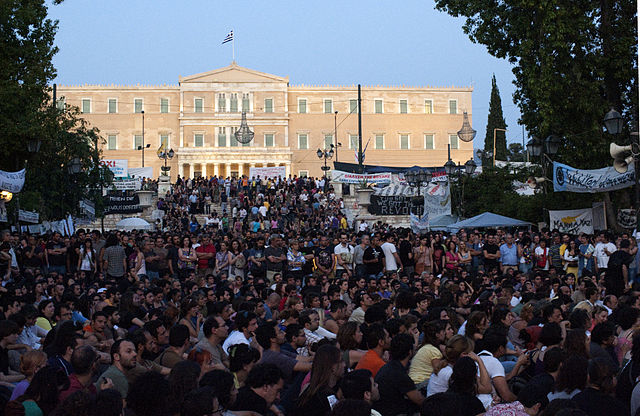 3 replies on “Leo Panitch on Syriza and Greece”

They’re available on iTunes and you can grab them from there. Cheers!

Hi Michal,
I found this page on your site by Googling “Leo Panitch podcast”. Your site came up 3rd or 4th. I have been following Leo’s work since the publication of his recent book, “The Making of Global Capitalism”. In early August while visiting Ottawa I attended a talk Leo gave at a local community centre along with my Dad, who is an old comrade from the days of the Waffle (early 1970’s). Leo’s name was common in our house then, my parents spoke with him and of him often. I was familiar with his name but as an unruly teenager my interests lay elsewhere and it wasn’t until about 2008 that my political awareness was re-awakened and that I became reacquainted with his work. Your discussion with him was excellent and follows the general line that he has been pretty consistent about. In summary, Greece’s current government isn’t perfect, that they have very little room to maneuver and that the left, mainly in Europe, but also elsewhere needs to support Syrizia rather than castigate. I look forward to exploring your site for more great radical analysis.
cheers,
David Aplin