I have a populist piece in The Tyee this morning on how last week’s paltry $0.20 minimum wage increase in British Columbia actually reflects stagnant wages across the economy and why the Fight for 15 is everyone’s fight. Here it is in full.

Last week, the B.C. government reacted to the increasing push for a higher minimum wage… by giving minimum wage workers a 20 cent raise. Even Business in Vancouver magazine quoted UBC labour economist David Green calling the new higher wage “laughably low.” What perhaps hasn’t received enough attention is that the two-dime bump in the minimum wage — the first in three years — is not that far out of line with stagnant wages across the economy. For instance, the average wage in British Columbia grew by 14 cents in 2014! While 20 cents over three years doesn’t even allow minimum wage earners to account for inflation, the fact is most of us have been barely keeping up with price increases. Real wages, those adjusted for inflation, have been mostly stagnant.

While Canada-wide statistics paint a picture of modest wage growth since the end of the last recession in June 2009, much of this growth is due to the three oil boom provinces, Alberta, Saskatchewan and Newfoundland and Labrador. In fact, for the more than 80 per cent of workers outside the oil boom provinces, average real wages have grown just two per cent since that period. Median wages, which are not dragged upwards by the disproportionately large increases in wages for the wealthy, have seen just 0.4 per cent growth outside the oil provinces. This is stagnation loud and clear (see this earlier post for a closer look at the numbers). 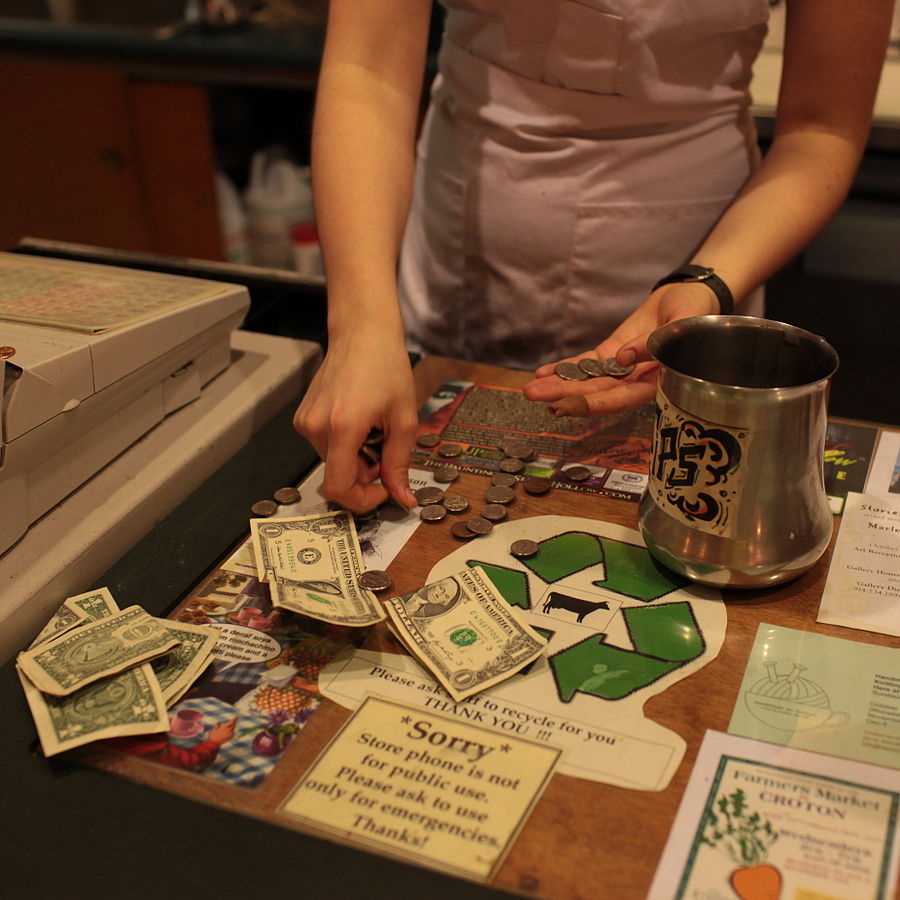 Workers are no longer even sharing in the fact that they are more productive: while wages have stagnated since the end of the recession, labour productivity has grown by 14 per cent over the same period. In fact, “sharing” is a very inadequate word; it is a question of power. The power vacuum left by the decline of trade unions, welfare state institutions and labour parties has been filled by a vicious circle where the wealthy increase their political power alongside rising inequality of wealth and income. That the 99 per cent has lost power inside workplaces and out is evidenced by the deregulation of labour markets, the decline of union membership and the death of the strike. Even the International Monetary Fund has put out research that links the decline of union membership with growing inequality.

That the minimum wage will now also be indexed to inflation after the latest raise is symptomatic of these bigger changes. Indexing is good to the extent that it allows minimum wage workers to keep up with inflation, keeping them from consistently falling behind rising prices. On the other hand, indexing also codifies stagnation for the lowest paid. It is a way of saying that minimum wage workers should not expect anything more than merely keeping up with the cost of living – it does not account for rising livings standards thanks to greater labour productivity. This mirrors the disempowerment that drives wage stagnation for others, with all being forced to accept that the gains from growth will now flow to the wealthiest.

Indeed, stagnant wages are now a norm even in B.C.’s public sector, where unionization is still relatively widespread. Wage stagnation has been codified into many of the major public sector agreements recently signed in B.C. For example, the major health care collective agreement from last May will see workers get 1 to 1.5 per cent increases in pay per year, potentially tempered by a nebulous “Economic Stability Dividend.” Teachers received 7.25 per cent over six years, which comes out to an average of just over 1.2 per cent per year. This barely keeps up even with today’s relatively slowly rising prices.

Of course, some groups are getting far more than two dimes’ worth. Top inequality researcher Thomas Piketty has argued that the growth in income inequality across North American and Europe over the past few decades has been driven by rapid wage growth for the top one per cent. While minimum wage workers and the rest of us are told to make do with small change, top management has seen salaries and incomes grow by millions. Remember that 0.4 per cent real wage growth for the median worker since the recession? Canada’s top 100 CEOs gave themselves an average 16 per cent raise in real terms over roughly the same period (2008-2013).

It’s in light of these measly crumbs for most of us that B.C.’s Fight for $15 campaign spearheaded by the BC Federation of Labour should resonate widely. It is not a plea for a handout, as its opponents claim, but a vital part of recognizing the chasm that has opened up between the rich and the rest. Raising the wage floor not only enables those making minimum wage to break out of poverty, it demonstrates that the many still have something to say over who gets what and how. Today, we’re all getting pocket change. If the powers that be are prepared to give the lowest-paid two dimes towards $15, growing a movement that gets the minimum wage the remaining nine-tenths of the way there should be a priority for all.