Last night, Andrew Coyne published a column in which he champions introducing a minimum income over raising the minimum wage as a radical policy suggestion for Alberta’s new NDP government. Coyne couches the column in his typical pseudo-contrarianism. Here he is supposedly advocating socialism…gasp! In reality, however, Coyne gets it backwards: a minimum income in Alberta today would almost certainly be a dangerous neoliberal measure. It’s raising the minimum wage that can help open more space for progressive politics.

First, the basics. The $15 minimum wage was a key promise of the NDP campaign and increasingly being adopted across North America. A minimum income is a theoretical idea that’s never really been implemented and would essentially guarantee every citizen some basic level of cash income. As Coyne notes, it but remains mildly popular across the political spectrum; it was recently floated as a proposal by Calgary mayor Naheed Nenshi.

Coyne argues for the superiority of a minimum income as being solely focused on poverty reduction and redistribution, at the same time criticizing the minimum wage as too interventionist. As usual on the right, Coyne couches his opposition to hiking the minimum wage with an appeal to Economics 101: if the price of labour (the wage) goes up, the quantity demanded (employment) will go down. Simple: don’t mess with the market! 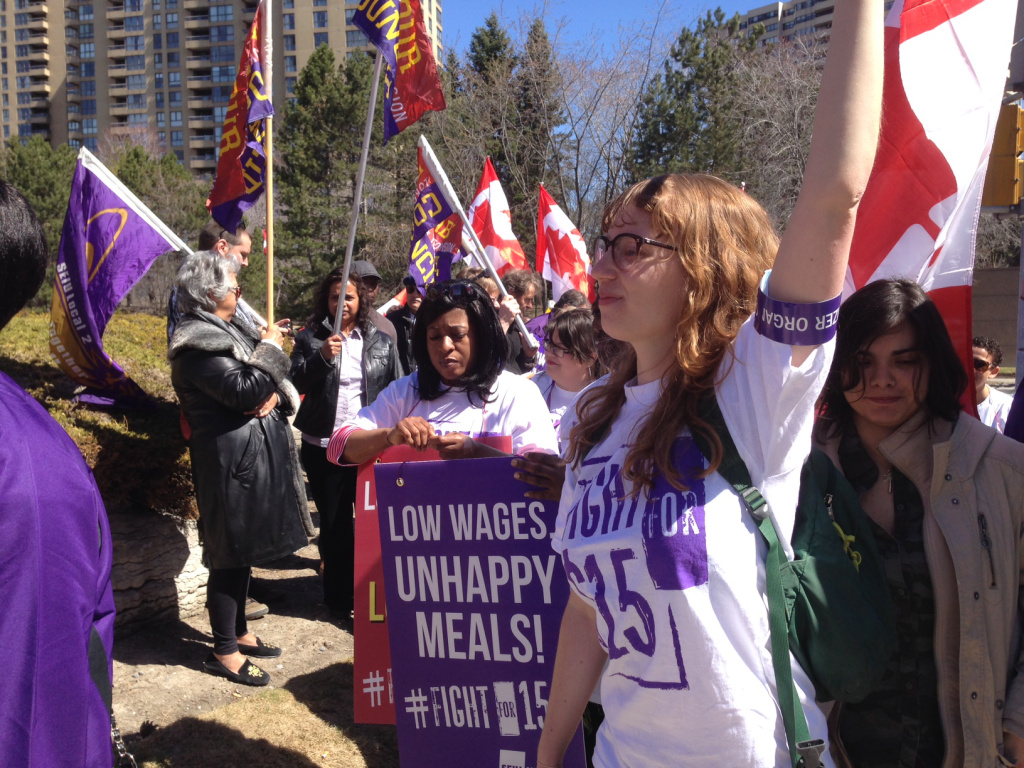 Not so fast: the labour market is a peculiar. Not only do some people have to sell their time and energy to others for a price, employers, especially those employing workers at the lowest wages, are often said to have what is called “monopsony” power. In short, employers have the power to set the terms of labour contracts, including wages, rather than have the fabled market do it for them.

As more and more research has pointed out, higher minimum wages don’t mechanically work themselves out through the simplistic Econ 101 model of supply and demand. A higher minimum wage can lead to less turnover, more efficient technology and techniques being adopted as well as less space between low and high wages within the same firm. We might even pay 5 cents more for our Big Macs.

Even if there is slightly less employment, it’s increasingly clear from even the mainstream economic literature that, overall, workers would be better off. This isn’t a gift to rich teenagers either: the vast majority of those between the current minimum and $15 are not young workers and often support others. Remember that the minimum wage today is a poverty wage; this is no jump from a gold to a platinum card for workers. But this is all (relatively) old hat with lots of ink already spilled (I debunk some myths here or see David Green’s recent CCPA report here). 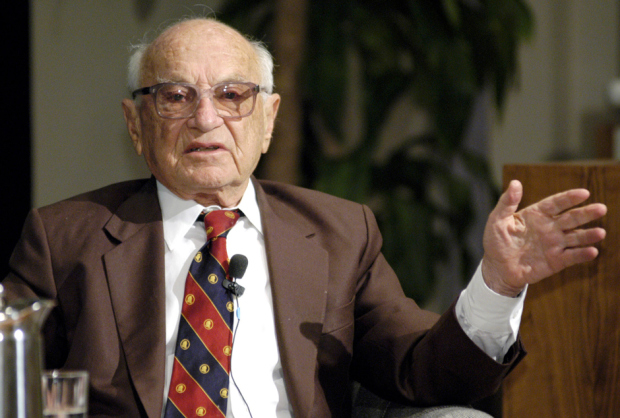 Coyne says tongue-in-cheek that his minimum income idea is not only better, in fact it “sounds like utopian socialism.” However, the conservative version of the minimum income, as advocaed for example by Milton Friedman, would do away with much of the welfare state apparatus if adopted. Rather than publicly-provided social services—no universal healthcare, welfare, unemployment benefits, pensions, childcare or other services—a minimum income would create space for more and more markets. When Coyne thinks of a minimum income, I fear he has in mind a neoliberal utopia.

The problem with a minimum income that would bolster rather than replace the welfare state is that there is no political force strong enough to carry it through. A minimum income alongside existing services would require a massive expansion of the tax and transfer system. Today, Alberta has no sales tax, a flat income tax and low corporate taxes and royalties. If the province were to seriously consider a minimum income, the version it would most likely get would be a crippling neoliberal variant.

Consider how much of a political shift it took to raise corporate taxes from 10 to 12 percent as the NDP have promised to do. Now imagine a shift many multiples this big. A real minimum income, like other worker-friendly policies, needs a force powerful enough to counter entrenched interests. Leaving redistribution to a minimum income and the everything else to the market leaves the extremely unequal power relations fostered by the market in place.

Look at Alberta. Despite the resource boom, wage growth has been kept under relative control (though, of course, it has been much faster than the stagnation in the rest of Canada), there is a large and extremely precarious migrant worker population, and now the oil price crash has resulted in calls for belt-tightening all around.

Someone like Coyne can profess to rally behind the minimum income precisely because, in his version, it doesn’t challenge power. In the current climate, it would actually work to undermine existing universal social programs; areas of life now decommodified, like healthcare, would risk being returned to the market. A minimum income within something close to the current configuration of Alberta’s tax and transfer system could well even undermine Coyne’s professed goal of poverty reduction.

Raising the minimum wage, on the other hand, challenges entrenched powers and interests. It is a welcome intervention into the unequal marketplace. It challenges the power of employers to pay poverty wages. And it has the chance to give workers more power in their workplaces. Alberta’s unionization rate is about 10% lower than the Canadian average—this too needs to be challenged. And, not least, a raise in the minimum wage is something that is ready today and can be implemented quickly.

Beyond the Econ 101 over-simplifications, the key thing that Coyne misses about the minimum wage is that it is not simply a poverty reduction tool but a power building tool. Workers with longer tenure and who don’t face poverty in minimum wage jobs will be more willing to organize and to build the political spaces for bigger reforms. A higher minimum wage is actually one of the pathways to a minimum income that could expand social welfare.

That (power building tool) may be something Coyne misses, but if he realized it he certainly wouldn’t consider it a reason in favour of an increased minimum wage.