The summary report of the Truth and Reconciliation Commission of Canada was released last week. The work of the Commission took seven years, gathering public and private testimony from survivors and families of survivors of Canada’s state- and Church-sanctioned residential school system—a system that forcibly removed from families, assimilated and often killed Indigenous children. The Commission’s conclusion was stark: Canada committed cultural genocide on Indigenous peoples.

My first guest is Indigenous scholar Vanessa Watts-Powless. Vanessa is Mohawk and Anishnaabe and teaches in Indigenous Studies at McMaster University. With Hayden King, a previous guest, she penned an important article in the Globe and Mail calling for action on restitution in the wake of the TRC report. The meaning of restitution was the topic of our conversation.

As my second guest, I’m happy to finally have the chance to talk with Greg Albo, who teaches political economy at York University and is the co-editor of the Socialist Register. I spoke with Greg to get a sense of how the arguments for restitution made by Vanessa fit into the context of Canada’s political economy. 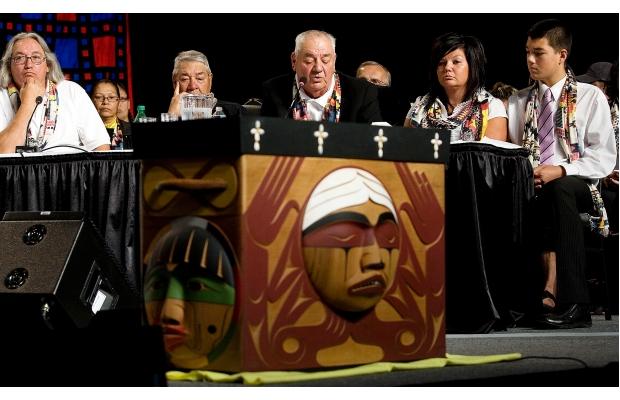