Two updates from Southern Europe this week: Catarina Principe brings us up-to-date on the situation in Portugal and Andreas Karitzis recounts the search for a new politics in Greece after (and under the rule of) Syriza.

My first guest, Catarina Principe, is an prominent activist in Portugal’s Bloco, or Left Bloc, the country’s new broad left party. She been a member since her teenage years and has sat in the governing structures of the party. She is also a prolific writer. Most recently, she has been editing a collection of essays on the European left, to be published in May 2016. The Left Bloc gained its largest vote share ever in Portugal’s recent elections. The possibility that there might be a social democratic government that it supports has created a political crisis that today remains unresolved.

Andreas Karitzis was, until this summer, a member of Syriza’s central committee and had long been a key figure in the party. He was instrumental in the planning process after 2012 and also previously worked at the Nicos Poulantzas Institute, the research centre affliated with Syriza and named after the influential Greek socialist political theorist. Like many, he is now searching for a new home to continue the fight against austerity.

To recap: Syriza maintained power in Greece after September’s general election. The party and its leader, Alexis Tsipras, also remained committed to implementing the new austerity memorandum “negotiated” with Europe’s bureaucrat and banker overlords. Since the summer, many people, including Andreas, have exited Syriza and the left has once again fractured. Andreas speaks with me about how to do politics in this new conjuncture. 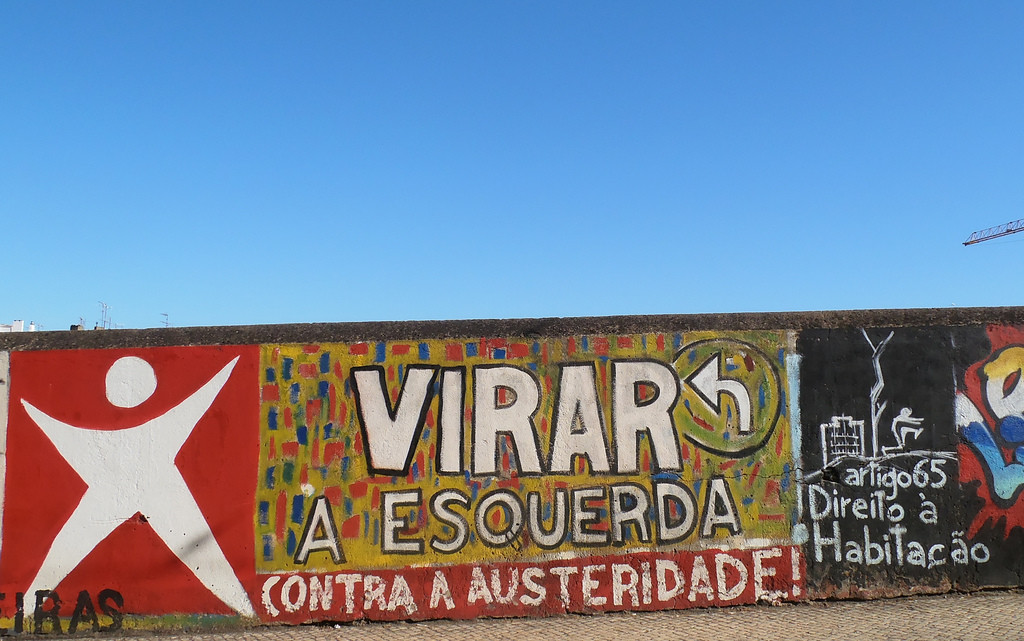 One reply on “What’s next for anti-austerity in Portugal and Greece?”

[…] outside Syriza, Karitzis recently spoke on my podcast about charting an anti-austerity path when a left government is responsible for implementing […]