Political Eh-conomy Radio returns with a new logo, new life and a new episode focused on Latin America. First up: Aaron Tauss, assistant professor of International Political Economy at the Universidad National in Medellin, Colombia. I spoke with Aaron to better understand the devastating and unexpected “No” vote in Colombia’s referendum on a peace deal that would have ended 50 years of civil war. His analysis is deeply rooted in the broader economic forces shaping contemporary Colombia.

Second, I speak with Kyla Sankey, a researcher from the UK who wrote a terrific article for Jacobin on the state of the Pink Tide of left governments that swept Latin America in the early 2000s. Kyla looks at the present problems and future prospects of a Pink Tide limping along as the right has returned to power in Argentina and Brazil, while Venezuela remains mired in political and economic crisis. 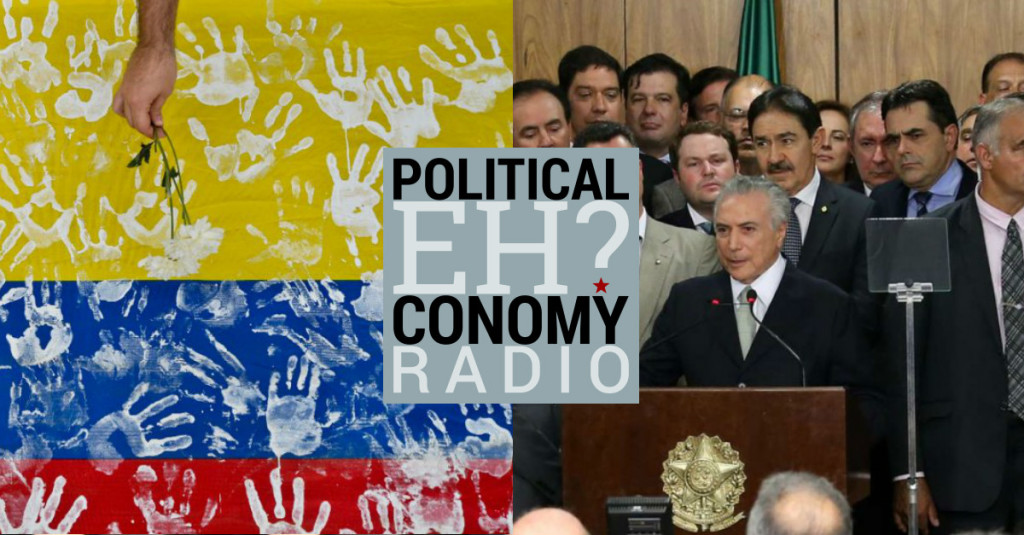