Reconciliation is not just about rhetoric, it is material. It is about how economic costs and benefits are shared. If we are to be serious about it, we have to be ready to take on costs that are both political and economic. The sunk and termination costs of Site C are substantial and so are the foregone benefits of reliable baseload power. If we want our governments to take on these costs in our name without fear, we have to make it a common sense proposition that they are worth taking on to forge a new relationship with First Nations.

The BCNDP is trying to have it both ways — support UNDRIP in principle but make hard decisions that contradict it. Horgan was visibly pained today in announcing his decision; it seemed honest and honestly conflicted. But it should be clear that saying sorry nicely isn’t good enough. There was little in what he said that touched on the concrete aspects of either going back to the table to get consent before making this decision or a different framework for proceeding in the future.

However, as Derrick O’Keefe noted, there was also conspicuously little in Horgan’s press conference that laid out a positive vision for Site C — little mention of climate change, no arguments for massive public sector invesment in decarbonization.

And this is what we who want to create a province and a country that takes reconciliation seriously need. Maybe I haven’t been back long enough or paying enough attention but I’ve seen too many statements from opponents of Site C about “power we don’t need” or “billion-dollar boondoggles”. These are the right’s arguments; we shouldn’t be parroting them. 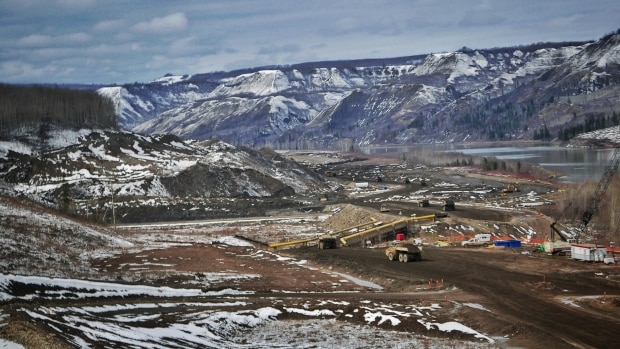 We absolutely will need the power Site C will provide (or would have provided had the decision been different); we need a second energy system to decarbonize transport and industry. Even with changes to industrial techniques and a shift to public transit, we will still need lots of new energy. Climate change is on the scale of few other crises that humanity has faced; a fight on this scale will have to be led and funded by the public sector. We will need billion-dollar projects and many of them (the equivalent of multiple Site C’s just to decarbonize BC).

So we cannot fear-monger about debt and boondoggles. Horgan today argued that the choice was between moving ahead with Site C or cutting investment in childcare, hospitals and schools. Firmly breaking out of the austerity framework is the way out of this false choice. If we are to have a chance at slowing climate change, nevermind beating it, we will need massive public sector projects and bigger debt today to support an economic and ecological shift for decades to come.

In fact, if we want to have large-scale, reliable power with a small land footprint, then right now the only game is nuclear. Battery technology is not there yet and from what I understand the physics of it getting there are quite daunting. And while dams use up concrete and take up land, so do windmills: a lot of concrete and a lot of space to generate large amounts of power, which at present we don’t know how to store reliably. Nuclear is currently illegal in BC; should it be, especially if we want to respect land claims?

Social democracy in Canada’s West today uses the language of the Green New Deal but seems incapable of implementing it in practice on the timescale needed and in a way that connects climate change transition to chronic unemployment and stagnant living standards to Indigenous land and consent rights to massive public sector investment and financing. We need to fight on all these fronts, to have a coherent picture of a just social settlement that has something in it for everyone, that starts to atone for centuries of colonialism and decades of neoliberalism, that offers a vision and a guide to rapid action. I hope that this doesn’t get lost in today’s decision.

One reply on “Site C, Reconciliation and a Green New Deal”

One of the many well-researched submissions to the BCUC found that we can get whatever energy we’ll need for electrification from other sources. See Guy Dauncey’s report for clear, well-argued reasoning on this: http://www.sitecinquiry.com/wp-content/uploads/2017/09/DOC_90070_F62-1_Dauncey-G_Site-C-Submission.pdf

The issue is that Site C has a chilling effect on diversified renewables like wind, solar and geothermal, areas that some First Nations are trying to build their local economies with. The NDP implicitly recognized this in the PowerBC plan that they campaigned on, which makes NO MENTION of Site C and instead argues for maximizing existing dams.

One way they could atone for colonialism is to NOT oppose the injunction that the West Moberley and Prophet River First Nations are seeking. That would be one way to show they are to be trusted when they make noises about the UN Declaration on the Rights of Indigenous People, as Horgan did when he told every cabinet minister in their mandate letter that this government was “adopting and implementing” UNDRIP. So much hot air for votes and for fracking, so heartbroken.