In the past few years, what has been loosely called the modernist left has seen some revival. Whether coming out of the ultimate failures of the Occupy movement, dissatisfaction with moralistic lifestyle politics or an attempt to analyze the current conundrum of moribound but hegemonic capitalism, some have returned to the idea of the left as a modernizing force—progressive in the most literal sense. Agree with its postulates or not, this broad current on today’s left deserves to be engaged, as it seriously grapples with everything from ecology to technology to economics and the left’s strategic response to our unhappy contemporary situation. This week, I present two interviews with authors of recent books that fit squarely into this current.

First, I speak with Nick Srnicek, who, along with Alex Williams, has written Inventing the Future: Postcapitalism and a World Without Work. Next, I speak with Leigh Phillips, author of the more colorfully titled Austerity Ecology and the Collapse-Porn Addicts: A Defense of Growth Progress Industry and Stuff. 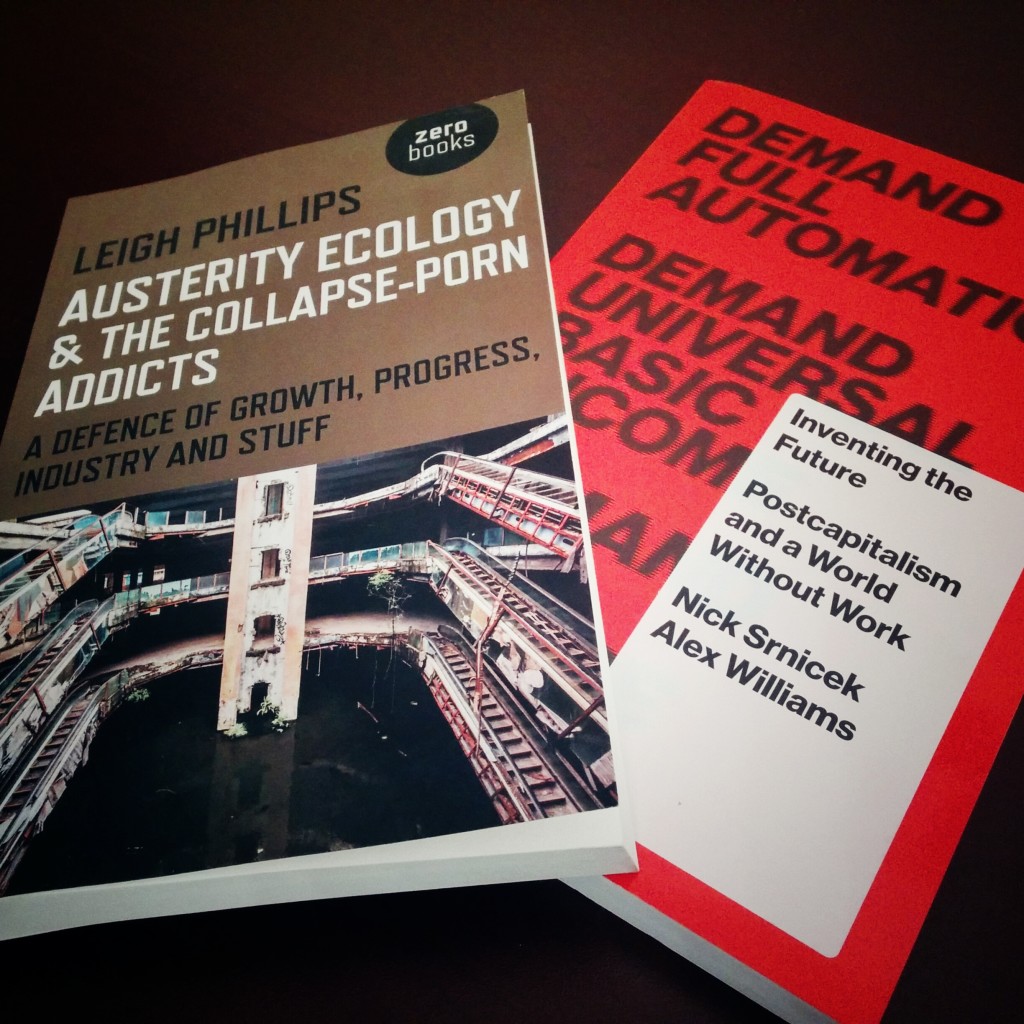 After Syriza accepted a third austerity memorandum for Greece and called early elections, much of its leadership left the party. Some formed Popular Unity, while others are still searching for a new home to continue the fight against austerity.

Andreas Karitzis is among the latter. Until this summer, he was a member of Syriza’s central committee and had been a key figure in the party’s electoral planning process before its triumph in January’s elections. Karitzis was also previously at the Nicos Poulantzas Institute, the research center affiliated with Syriza.

Now outside Syriza, Karitzis recently spoke on my podcast about charting an anti-austerity path when a left government is responsible for implementing austerity. “The Greek experience,” Karitzis says, “teaches us that we need to go beyond electoral politics, not against it.” This transcript was originally published in Jacobin.