Here are a few quick, initial thoughts on Vancouver’s transit referendum, where new transit funding paid for by a regional sales tax was rejected roughly 60% to 40%. You might want to read on even if you’re not from Vancouver: after all, it isn’t the only property-value-driven urban “utopia” where public services, public spaces and people themselves are being pushed out by elites.

(1) The result is unhappy, but not unexpected. The process was designed to fail and it has succeeded at that task with flying colours: the provincial government took an area of long-standing funding responsibility, turned its expansion into a vote on new taxation, and then abdicated all responsibility for an effective campaign. (This rather than getting money for transit out of general revenues and sparking debate over how to fund services and which ones.) If and when Christie Clark gets her pink slip, someone should stick a gold star on it for this one.

(2) On one hand, the result confirms the ideological victory of the right on the level of a very concrete, local example. New taxes and expanded public services are easy to pick apart in an age where cutting both is a hard-won default position in political debate. On the other hand, it will be easy to interpret these results in a way that further strains any remaining bonds of social solidarity. There is self-satisfaction from the ideologues of the Canadian Taxpayers Federation; however, alongside it it’s already easy to see complaints about “stupid suburban voters” from those in favour of more transit on social media.

(3) The Yes campaign was part and parcel of a severely-limited, feel-good, paternalistic liberalism that passes for politics in Vancouver. More recent campaigns (or, less charitably, media events) like #DontHaveaMillion or “Give Us the Data” fall into the same broad category. This politics can make peace with the speculative-real-estate-driven model of development, but wants it to be accessible to the lower layers of the professional-managerial class and wants it to produce “livability” for those lucky enough to have had house values explode under their feet. And, of course, it should come with a green smiley face—helps with the property values too! The “stupid suburbanite” is all too easily blamed by this kind of politics, which can do little to tackle the growing inequality within the Vancouver region because it cannot connect with any deeper questioning of economy or state. 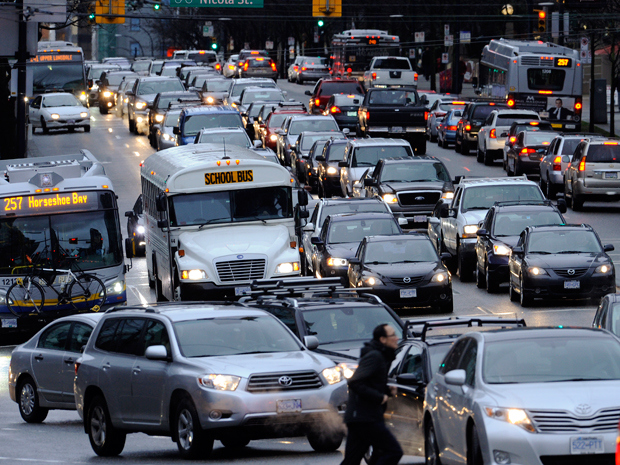 (4) It is important to recognize that the right played on legitimate concerns, especially regarding cronyism at Translink. It doesn’t matter that it’s been the Liberals who’ve had a good hand in increasing both the salaries and numbers of managers at the transit authority. In the same way, it was easy to turn this into a “do you want a new tax?” vote. Each way of framing the issue—cronyism and taxes—effectively leverages existing social conflicts to create the conditions for them to keep simmering. It’s possible to dislike crony bureaucrats and want better transit; the space for debate has narrowed so much that these are presented as polar alternatives.

(5) Finally, a small positive note: it was a plebiscite that wasn’t binding and increased investment can in principle be implemented by a new (or even the existing) provincial government, especially given significant local pressure. This is not a technical question but a political one. The solution is to go back and organise in our communities on the one hand (thinking smaller) and to propose bolder alternatives (thinking bigger). Today, the right’s organized forces and utopian demands are winning; neither needs to be the case.

5 replies on “Quick thoughts on Vancouver’s transit referendum “No””

I voted yes, but even so I hated the sales tax part. We shouldn’t be increasing regressive sales taxes, we should be paying for this kind of stuff by restoring corporate and progressive income taxes.

A question: Are sales taxes (inevitably) regressive? We used to hear sales taxes presented as a consumption tax. By exempting food, rent and medicines can one make these so much less regressive that they might actually be progressive if the tax remains on airline tickets, automobiles, sectionals, home theatres…

Well, not inevitably I suppose. For instance, a tax solely on the sale of cognac, or Canucks season tickets say, clearly wouldn’t be regressive. So sure, if you exempt enough things to make it narrow enough that it wasn’t taxing stuff poor and/or ordinary people buy, then a sales tax wouldn’t be regressive.
But pretty much everything we normally call a sales tax is regressive, and consumption involves a bigger proportion of poor people’s income than rich people’s income. Rich people save and invest more. Unless you include financial transactions as “sales” they’re not normally going to get hit as hard by a sales or “consumption” tax even though in absolute terms they spend much more.

The CCPA calculated that the extra tax would likely have been neither regressive nor progressive given exactly the kind of exemptions you mention already in place on PST. This points even more to a problem in the political context: the paternalist framing, the lack of political imagination and unwillingness to step outside the ideological bounds drawn by the right. Also, in the context of falling progressivity of tax overall (very true in BC over the past couple decades), no wonder people see this as an unfair means.

[…] the immediate aftermath, Michal Rozworski criticized the Yes campaign for sticking to “severely-limited, feel-good, paternalistic liberalism”, and failing to […]