Poland’s man in Brussels, President of the European Council Donald Tusk, has truly settled into his shoes as a new member of the European elite. On Tuesday, he issued the stern warning: “Our inability to find agreement may lead to the bankruptcy of Greece and the insolvency of its banking system. And for sure, it will be most painful for the Greek people.”

Such threats are common currency among Euro-elites. Tusk shows just how well the Polish political class, alongside those of the other Eastern European countries, has been integrated into the power structures and ideology of neoliberal Europe.

At home, the Polish Prime Minister as well as her Minister of European Affairs have also derided Syriza as populist and dismissed its appeals to democracy. They echo an increasingly integrated elite across all of Europe that prizes technocracy over democracy, has learned to play divide and conquer at home and is ready to use the language of the Mafioso when it comes to anyone not playing by the rules. 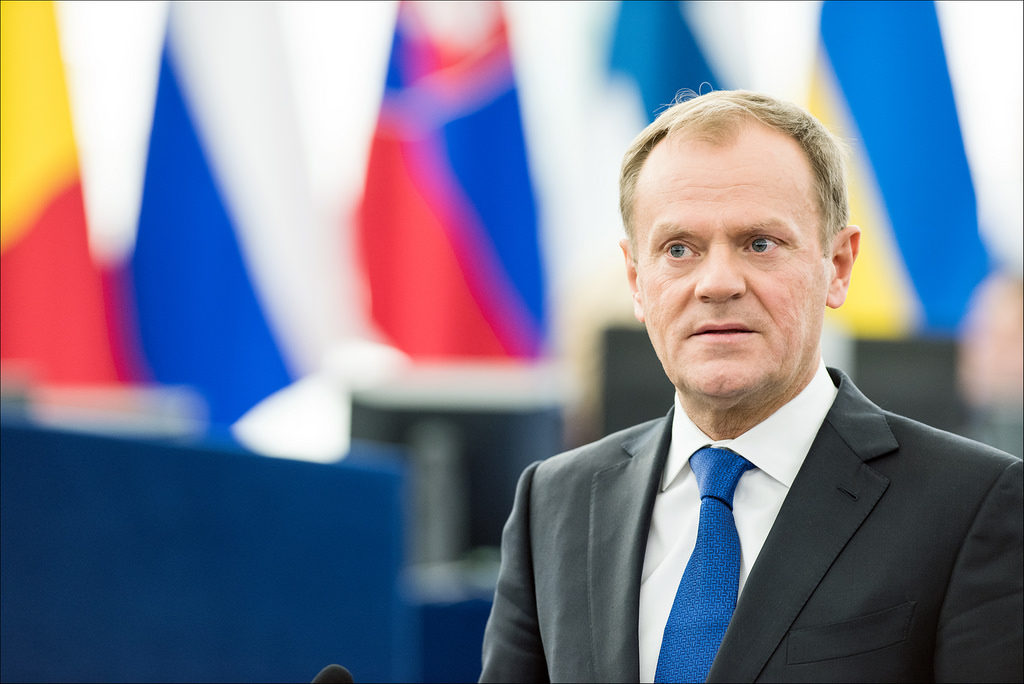 Eastern European politicians, not long ago united in appeals to European solidarity when joining the European Union, are now united in their unwillingness to provide the same to Greece (see here or here for a selection of quotes). They protest money from their citizens going towards “Greek welfare payments.” This despite the fact that some states of the East, like Poland for instance, are not even members of the Eurozone and only exposed to Greek bailouts through relatively tiny shares at the IMF. And all, of course, omit the rub that most of the Greek bailout funds have gone right back to the creditors, ultimately paying for a bailout of European banks.

When Alexis Tsipras spoke at the European Parliament yesterday, he said that Greece “has been transformed into an experimental austerity laboratory for the last five years, but we must all admit that the experiment did not succeed.” Their response shows that Polish, and other Eastern European, elites have become desensitized to their own history.

Two and a half decades ago, Poland too was a laboratory experiment. If anything, it was the star of the post-Communist transition, losing “only” 20% of GDP. Unemployment similarly “only” reached 20%. Compare both of these numbers with Greece today, which has seen both GDP decline by over 25% and unemployment also in excess of 25%. 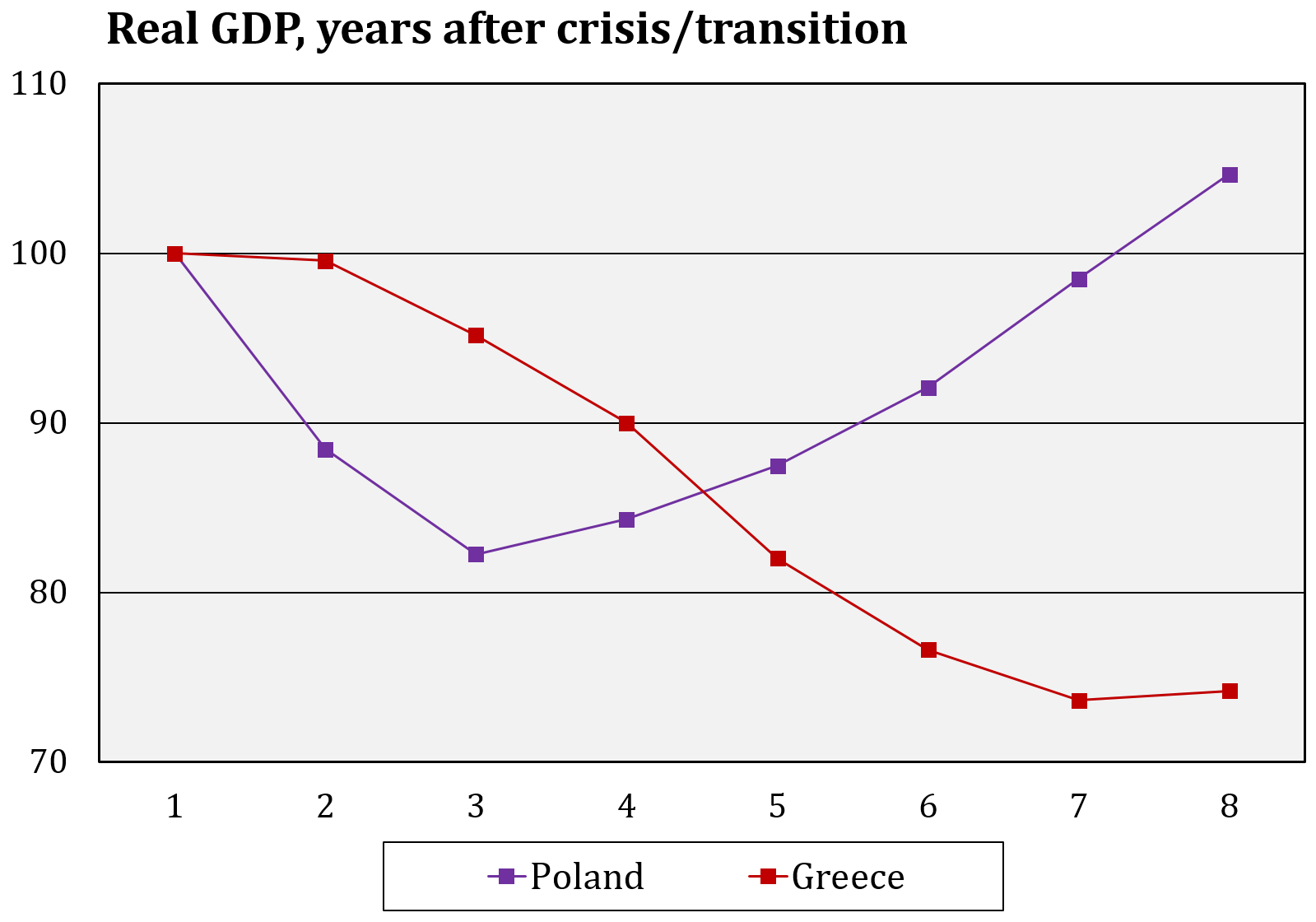 In the early 90s, Poland got shock therapy, but it also received debt forgiveness to the tune of 50% from Europe. An article from the New York Times dated March 16, 1991 has this helpful quote from David Mulford, then United States Under-Secretary of the Treasury and its main negotiator: “We see this as a historic event similar to the reduction in debt in Germany in 1953, which we hope will put Poland on the path of sustained economic recovery and will make it one of the leading economies of Eastern Europe, provided they stick to their reform program.”

Today, of course, shock therapy remains a valid course of action, but reference to any previous German debt forgiveness and restructuring is challenged. Morality tales about debt paper over economic common sense in the name of politics. And as any good story requires a good storyteller, political leaders from the East like Tusk have stepped up to hone their skills, to administer Europe’s “voice of reason.”

There is a logic here: just as austerity and liberalization in Poland integrated the country into a neoliberal European model, so today these means must be used to ensure that the model is not put into question. Conveniently, the entire exercise means forgetting that elsewhere, across really most of Eastern Europe and the old Soviet Union, the post-transition period was not been nearly as kind to regular people.

Poland’s, and all of Eastern Europe’s, elites have demonstrated throughout this crisis that they are good Europeans in the neoliberal mold. Speaking to Polish Radio yesterday, Poland’s Minister of European Affairs Rafal Trzaskowski, a party colleague of Donald Tusk’s, said perhaps what Tusk couldn’t: “This is evidence for what happens when you elect irresponsible governments.” I wonder what his former enemies would have said in 1989…