As unions and workers suffered defeats over the past few decades, so has labor journalism dwindled from a mainstay of major media outlets across Canada and the US to a relatively niche reporting interest. The past few years, however, have seen a still small but noticeable resurgence of labor reporting. Large media outlets, both print and online, have once again started to hire journalists looking at workers’ issues and reporting from the perspective of workers. At the same time, independent media have continued to do the same and some have gained in readership and size. The staff at some new media outlets, most recently Gawker and Salon, have even unionized themselves. This week’s podcast looks at the state of labor journalism, trying to get a sense of the current rekindling.

It’s a big podcast, too, with four guests. First up, I talk to Sarah Jaffe, prolific freelancer who covers labor issues from a grassroots perspective. Sarah writes for The Nation, the Guardian, In These Times and many other venues; she is also co-host, with Michelle Chen, of the excellent Belaboured podcast. Next, I speak with Lydia de Pillis, labor reporter at the Washington Post, one of the crop of reporters rebooting the labor beat at major media. My third guest from the US is Mike Elk, labor reporter for the online magazine Politico. Mike is a former organizer and has long roots in the labor movement. My final conversation is with Sam Ponting, one of the editors of RankAndFile.ca, Canada’s new independent source for labor news and commentary. Sam provides some perspective on the situation of labor media in Canada and how worker-focused media can make a difference in labour campaigns. 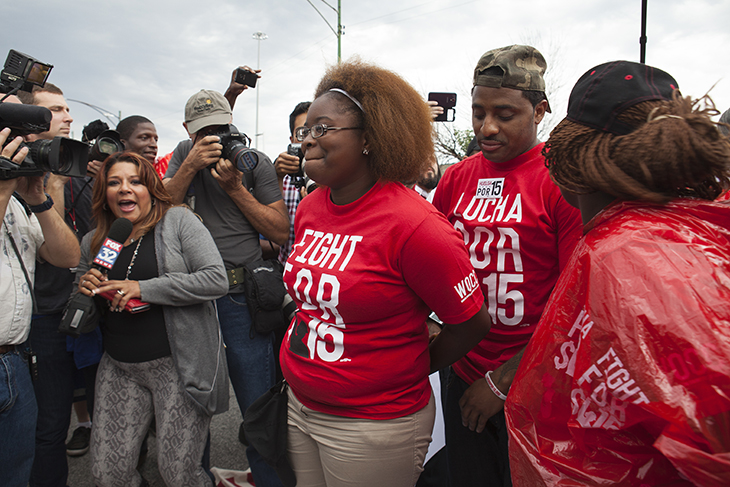 4 replies on “A labor journalism resurgence?”

You missed the grandparent of them all: RadioLabour.

Churlish of me to wade in with a shot like that: great pod, many thanks. Look for a donation…