This new government has already shown itself very adept at picking off the low-hanging fruit of progressive demands. Take the long-form census. It is a relief to those (me included!) who care about the worthy goal of increasing social knowledge. This is an opening: new data could add a stamp of officialdom to the growing inequalities and stagnation we see around us. Yet more fine-grained social data is also an extremely useful tool to further undermining the universal welfare state with ever finer benefits targeting and micro-politics.

Or take climate change. Recently, Canada joined the “ambitious” group at the COP21 summit in Paris, advocating for a maximum 1.5C rise in global temperatures. This goal is laudable; it is what many left green groups have demanded. But it also looks to be largely rhetorical. Given no enforcement mechanisms over national targets, it is also telling that the Liberals took Stephen Harper’s old targets to the summit—targets that are highly incompatible with the “ambitious” goal. 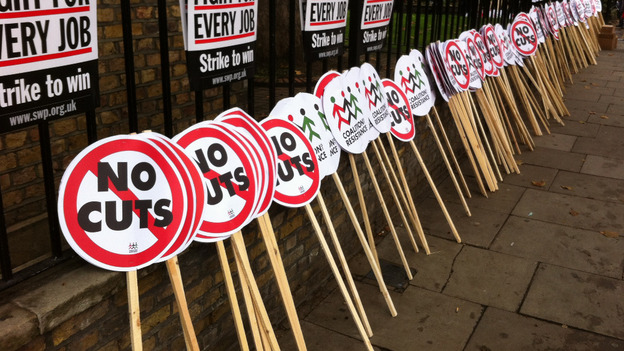 The question is how to turn the openings, both the genuine ones and those that are largely rhetorical, into entry-points for the left into public discussion and public life. It is all the more difficult to do so without fostering any illusions about the Liberals but also without creating a purely critical mode of engagement that closes us off those whose politics (rightly!) include joy in the Harper’s and the right’s defeat.

Then there are then those who are alienated from the political process, concentrated among the more exploited and discriminated segments of the population. How do we organize, talk to and listen to them?

Or another way to phrase this first set of questions: how do we push against the boundaries set by technocracy? Technocracy is the natural terrain of the Liberals and also of parts of the professionalized and bureaucratized social democracy. Their guide is a battle of ideas: if we could only convince elites that our ideas are better, they would listen. The left should be at the other pole. Left politics is not technocratic; it cannot be the rule of experts from scales small to large. This is just rephrasing the old (and difficult) saw of taking people where they are, while developing together through common action, thought and struggle.

If that’s a first, broad, political communications theme, then the second big theme must be the political economic. We need to see how the Liberal victory fits into the search for a way out of stagnation not just in Canada but around the globe. Again, the deficit in the given situation was a positive campaign promise and used adroitly against the NDP. The form it will take is key, however. It looks to be roughly limited to public infrastructure spending amidst an effective investment strike by private capital. Investment looks to be even more pitiful now that oil prices look to stay low for some time and oil projects were a big investment driver.

Sure, Canada sorely needs new infrastructure. The question is what infrastructure we will get and and whether there will be any expansion of public services. Building what capital won’t and what it needs while leaving unchallenged its right to an ever-greater share of the social surplus is an elite project. And ultimately balancing the budget on the backs of the poor and working classes while reducing the ability of the state to create universal services appears to be part of that.

Not harbouring illusions means recognizing that the Liberal program will most likely be one that further entrenches the state at the service of capital. There will be some spending in light of the new low-interest, low-investment, underemployment conditions, but it will be mixed with further curtaining of the welfare state. Consumption support will happen only via targeted cash transfers without any attendant universal programs of state purchasing (for instance, child benefits versus childcare). Here, too, though there are some disorienting elements such as the initial commitment to limit public-private partnerships (P3s)—an unexpected positive sign to follow and use as a pressure point.

The bigger question asks where are the weak points to intervene with an eye to today’s political economy. Where are the social struggles can have outsize influence, especially given that capital is constantly looking for the crutch of the state, but a state reformed in its interests? Where are the places to build alternative thought and action that opposes the elite project without a purely negative colouring? And who are the groups, constituted or unconstituted, that can put up these challenges?

Here’s the final, maybe most challenging question: that of organization. If there are important pressure points that the Liberal victory exposes but if the old left formations (unions, social democratic parties, social movements) are either weak and fragmented or consigned to the status quo, where and how do we rebuild? This—the question of on-the-ground strategy that goes beyond “just act!”—might be the most important. And it has to be answered quickly.

A note about the electoral sphere

No inventory of questions would be complete without a look at local, provincial and federal politics. While narrow electoralism cannot be the focus of our organizing, it is valuable to ask whether and how electoral campaigns can be incoporated.

The NDP is mired in myopia after their loss. The size of the loss might be seen as an opportunity, but more likely it means that it is easier for the party to fall back into its cocoon of insider machine politics. It would be great if we could have our Sanders or our Corbyn bringing the language and the politics of democratic socialism into the media, into debate and into people’s home and onto their phones. A sober look at the NDP suggests that, for a complex of reasons, this will not happen anytime soon. Perhaps this makes the task clearer.

On a completely different scale, there is the model of Solidarity Halifax, which is already producing a local electoral campaign, seemingly in the general mould of Kshama Sawant’s campaign, though much more organizationally than individually-driven. Is this something to work towards as part of a broader left response to the current political climate? Do we work towards building local electoral experiments as a means of building capacity? How to combine this with an extra-electoral shared political home that goes beyond the limitations of the old organizations?

This was originally presented as opening remarks at a discussion in Toronto.

2 replies on “Questions for the Canadian left”

Pretty much the way I see things too.

The only stumbling block for the already over-rich is Trudeau himself. The damnable fellow seems to have his own ideas, so think-tanks are mobilized to pour cold water over him and his ideas through the hegemonic right-wing press, while Paul Martin doesn’t seem to have gotten through to Justin to cool his jets and get with the program.

Still, the prospect of making outsize profits on infrastructure spending from a national borrowing frenzy isn’t too bad for the moment. You can see the right pivot in their tracks as billions are up for grabs. Ian MacDonald on iPolitics today conjures up the ghost of Flaherty to say it’s all right for Morneau to spend.

Recent polls showing that, among New Democrats, Trudeau is in a virtual tie with Mulcair in very high approval ratings suggest that the NDP has some serious soul-searching to do. The NDP abandoned the Left in Canada in its quest for power under Layton/Mulcair. In the process they aided and abetted Harper, first in coming to power and then in securing his disastrous majority. This Blairification of the NDP slammed into a wall in the last election and deservedly so. That entire decadal chapter revealed how many New Dems were just fine with their party abandoning the Left for a shot at forming government. All the lofty principles were thrown to the floor.

The experiment is over and it ended predictably. Mulcair is too old to lead the NDP into the next election. We’re in one of those eras of generational change than come around every thirty or forty years. The New Democrats desperately need new blood, new vision and a rededication to principles so foolishly jettisoned.

Stop whining about Liberals campaigning to the Left and governing from the Right. Any sentient New Democrat must have known that when they supported their own party’s lurch to the Right. Having done that, sniping at the Liberals seems churlish.