53 Canadian economists, myself among them, have signed an open letter in support of the $15 per hour minimum wage. The letter follows on the immense bottom-up campaign in Ontario led by the Fight for $15 and Fairness, which has successfully pressured the provincial government to announce a move to $15 by 2019. It should also be a boost to movements in other provinces fighting for the same.

Here’s a key excerpt from the letter which outlines the now well-established economic case for $15:

But low wages are also bad for the economy. There are good economic reasons to raise the incomes of low-wage workers. Aggregate demand needs a boost. While Canada escaped the harshest impacts of the 2007-08 financial crisis, our country has also seen a slowdown in growth. We risk further stagnation without reinvigorated economic motors. As those with lower incomes spend more of what they earn than do those with higher incomes, raising the minimum wage could play a role in economic revival, improving macroeconomic conditions.

For years, we have heard that raising the minimum wage will kill jobs, raise prices and cause businesses to flee Ontario. This is fear-mongering that is out of line with the latest economic research. Using improved techniques that carefully isolate the effects of minimum wage increases from the remaining noise in economic data, the weight of evidence from the United States points to job loss effects that are statistically indistinguishable from zero. The few very recent studies from Canada that have used these new economic methods agree, finding job loss effects for teenagers smaller by half than those of earlier studies and no effect for workers over 25.

The business lobby has also suggested that any minimum wage increases will simply be passed on as higher prices. First, the above-mentioned improvements will offset some part of the higher labour costs to business. Second, there is no instantaneous, automatic mechanism between higher labour costs and higher prices. Some of the costs not absorbed by increased efficiency may go to price increases, but these are likely to be small and, for low-wage workers, offset by higher incomes coming from rising wages. Furthermore, if we remember that over 1 in 4 workers in Ontario makes under $15 per hour, we should not treat slightly higher inflation as the main criterion of successful policy; instead we should focus on the substantial benefit to low-wage workers, their families and the economy as a whole. 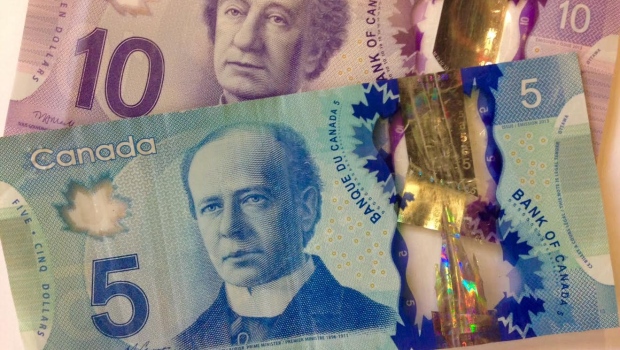 The day the letter was released, four of the signatories, Craig Riddell, Lars Osberg, Jim Stanford and me, published an op-ed in the Globe and Mail. In it, we focus on the tectonic shift in the opinion among economists about the impact of minimum wage increases:

But most research economists abandoned this simple-minded picture [that job loss automatically follows from minimum wage increases] some time ago. For over 20 years now, many highly credible studies have found that the disemployment effects of higher minimum wages are generally very close to zero. The pioneering empirical work by Princeton economists David Card (a Canadian) and Alan Krueger in the 1990s investigated empirical data on the impacts of real-world minimum-wage increases by carefully studying the natural experiments created when one jurisdiction increased its minimum wage, but others – often right across a state boundary – did not.

Their results shocked the economics profession. They found almost no impact of higher minimum wages on employment – and in some cases higher minimum wages were associated with more employment. Their now-classic book, Myth and Measurement, published in 1995, initially sparked enormous controversy. But the essence of scientific advance is the replication of empirical results. Since then, many highly credible empirical studies have confirmed the basic findings: there is almost no employment impact from moderate increases in minimum wages. Substantial recent research in Canada, the United States and Britain also concludes that higher minimum wages succeed in lifting incomes for low-paid workers and reducing wage inequality.

The letter has received additional coverage in the media. Sara Mojtehedzadeh, the Toronto Star’s labour beat reporter, wrote a great piece that leads with this simple summary:

“Doom-and-gloom predictions” about the impact of minimum wage increases on job losses and inflation are not supported by evidence, according to a group of Canadian economists.

Just today, the Canadian Press released a story highlighting the consultations around Ontario’s plans to boost the minimum wage and employment standards. It closes with an excellent long quote from Lars detailing the arguments once again and pushing back on a very flawed University of Washington study about Seattle:

“A recent study out of Seattle made headlines for concluding that its minimum wage increase was actually detrimental to low-income workers. But its methodology has been criticized and it bucks the trend of similar studies concluding the opposite, noted Canadian economist Lars Osberg. He is one of 50 economists in Canada who just signed a letter in support of a $15 minimum wage.

“For many years, many in the economics profession were also very concerned about this possibility of disemployment of people with minimum wage jobs,” said Osberg, an economics professor at Dalhousie University. “A whole raft of new studies in the last 20 years have indicated that disemployment effect is very small…On average you could say it’s small to negligible.”

While businesses’ concerns are understandable, he said, studies show that increasing the minimum wage increases people’s purchasing power, as well as consumption and economic activity in general. “So in that sense it’s stimulative to the macroeconomy,” he said.”

Finally, I’ve done a few live interviews on talk radio about our letter. The questions were at times pretty leading, but the hosts didn’t yell at me and even softened up a bit, so I feel this counts as success. Here’s one of the interviews.