This week, it’s my great pleasure to present a feature interview with Doug Henwood — economic analyst, author of books including Wall Street and host of the wonderful Behind the News radio show and podcast that inspired this show. Doug always introduces his show by saying his guests will be “taking a look at worlds of economics and politics.” Today, I’ve turned the tables and asked him to take up this very task for the present-day US. The result is a wide-ranging interview on everything from the sluggish economic recovery to Obamacare, the changing character of elites, why Hillary Clinton shouldn’t be president all the way to prospects for a renewed American left.

And finally, I’ve started to standardize my segments into roughly 30-minute lengths, so if you’re interested in syndicating the show on local, community or campus radio, get in touch. 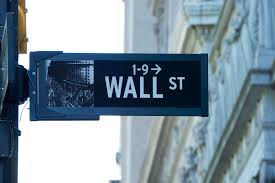 “Privatizing gains and socializing losses” could be the motto for the neoliberal era. Alongside this and “there is no alternative”, few slogans better capture the ideology that has been so successfully diffused throughout the world over the past several decades.

Five years after latest financial crisis, this motto rings true as ever. To say that the losses stemming from the crisis were large is a heroic understatement; indeed, not only were they humongous, their exact size remains a tad fuzzy. Meanwhile, across the world in the aftermath of the crisis, stock markets have rebounded, wealth and income inequalities have grown and corporations and financial institutions have returned to making healthy profits. At the same time, many countries have seen both employment and median incomes either stagnate or fall.

In short, once again, losses were socialized, while gains privatized. Prominent among the means employed by governments to ensure that this be the case were various kinds of asset purchase programs. First, in the immediate aftermath of the crisis, came actions that transferred toxic financial assets into public hands either through direct buybacks (as in the US TARP program) or temporary nationalization/bailout. Since these short-term, more explicit socializations of private loss came to an end, the policy of quantitative easing (QE), through which central banks purchase vast amounts of long-term debt from financial markets, has been their implicit continuation. Unlike the earlier programs, QE is aimed instead at the other end of the equation, privatized gains. END_OF_DOCUMENT_TOKEN_TO_BE_REPLACED