The votes had barely been counted in Alberta when stories purporting to herald capital flight, particularly from the oil sands, were already appearing in venues like the Financial Post. As if on cue, the TSX fell 2%,the day after the Alberta election. What are we to make of this? Is Notley’s Alberta in the position of Rae’s Ontario 25 years ago, already being undermined?

An assessment of the NDP’s victory in Alberta grounded in reality has to account for the fact that the place of the oil industry in the province is, for the moment, being left largely unchallenged. This is no value judgment: support for the industry is the default position of most Albertans, not just elites. Given the economic importance of the oil industry and relative lack of economic diversification combined with the absence of a mass movement pushing against oil extraction and dependency, this should not be surprising.

The Alberta NDP’s program seeks to redistribute the gains from a resource economy largely left untouched. This general tendency is moderated by commitments to greater consultation with First Nations and an end to active lobbying for the Keystone XL and Northern Gateway pipelines. The latter, however, is a practical decision based on the small likelihood of these being built. All the while, for example, oil by rail continues to gather pace. The flip side of greater spending on social welfare are policies to recapture more of the proceeds of the oil boom while leaving its fundamentals intact: moderate tax increases and a planned royalty review.

For now, it seems the warnings of capital flight are thus a first salvo with a blank round. The dire words from parts of the business press and business elites are mostly bluster. Many business figures are actually taking a conciliatory tone; even the infamous “five CEOs” have taken it back. Fear-mongering is mixed with courting favour. To see why, consider that oil sands investments are very long-term and can be profitable despite depressed prices that are forecast to last several years. Many on-going investments are far-advanced and the relatively small amounts left to be spent on them mean that they remain profitable. Newer projects are bets on oil prices decades into the future. Many in both categories may still make sense and make money. 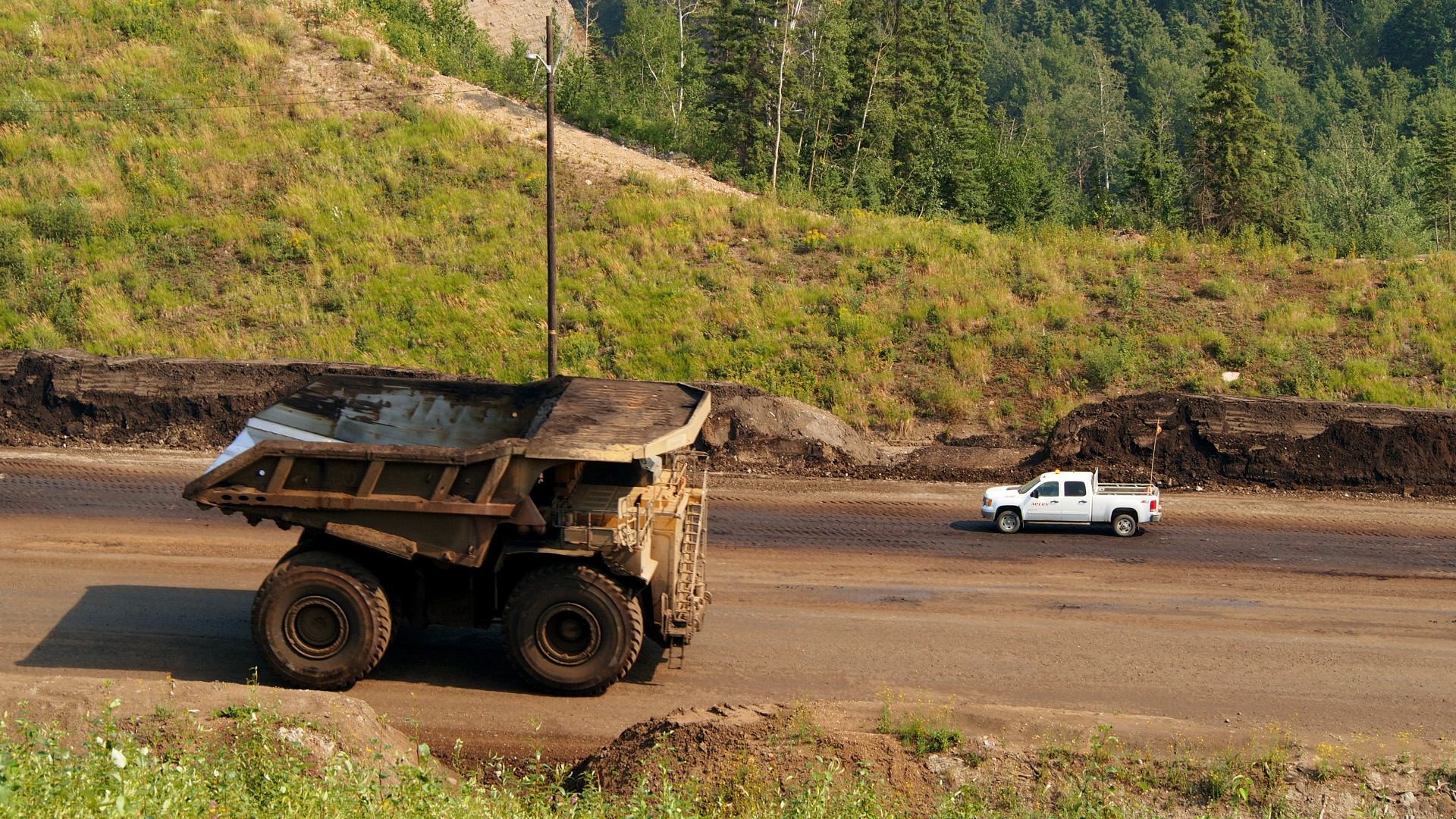 Unlike a car factory, an oil sands mine is linked to a geographically-specific resource — one that is very valuable even with depressed world prices. According to industry and independent forecasts, oil sands production is set to increase substantially in the next five years simply due to just-completed or well-advanced investment projects, perhaps even doubling. Without some extreme crisis, the rise in oil production will then also continue to generate indirect investment across Alberta’s economy.

To put this into perspective, remember that Alberta has been undergoing a long-term investment boom. For the past two decades, investment as a proportion of GDP has been one and a half to two times higher than in the rest of Canada. This makes sense: oil sands extraction is very capital-intensive.

On the other hand, some marginal oil sands investment is being cut back and profits are certainly being squeezed in the short term. Some planned investment is being put on hold or cancelled outright as firms free up cash to tide over the bad times. The threat is that this “capital pause” can now develop a “capital flight” story around itself, putting pressure on the new NDP government to backtrack on its social democratic promises. While there may be only limited capital flight, there will no doubt be a big push for continuing the low-tax, low-royalty regime and austerity, maintaining the “Alberta advantage”.

This regime came together in a perfect storm of technological innovation that unlocked the oil sands, rising oil prices and a stronger turn towards neoliberalism in Canada around the early 90s. A re-energized agenda of tax cuts, low royalties and cuts to the welfare state worked to create a big boom for capital.

The trick is that some sections of workers also benefited in the process. The rapid expansion of the oil economy has produced wage growth not seen elsewhere in Canada. Wages were forced upwards, especially as Alberta moved closer to full employment in the years before the 2008 crisis and despite best efforts to attract migrants from other parts of Canada and the world. The oil boom, wage growth, and grievances dating from the years of the failed NEP were successfully exploited by Conservatives secure a consensus behind the “Alberta advantage” that held strong for decades.

Despite the sudden crisis in the economy and an ideology under attack from both sides, the NDP’s victory has not magically erased this long-standing legacy. The danger is thus that capital, while still locked into very costly investment projects, can yet find space to effectively undermine the stirrings of even modest social democracy.

It won’t be enough to call the bluff that much investment is all too happy to stay in Alberta; as many have pointed out, Alberta will need movements to grow and put pressure on the government to counterbalance the power of money to spin its own narratives and create conditions for support for its demands. And here there is bit of a contradiction: some part of the powerful movements to keep capital at bay will have to come from workers reliant on the oil sands, if not directly then at least indirectly. This is especially true as the economy is not highly diversified in the private sector and years of austerity have limited the mobilizing capacity of public sector workers.

The bigger challenge to business elites in Alberta is the prospect of a phasing out and shutting down the oil sands. As of now, no broad movement can challenge oil sands extraction and the new NDP government has signaled its acceptance as well. The thankless role of nascent opposition has been left to First Nations whose communities have been impacted the most.

This is the kernel on which future social power that can push whoever is in government in Alberta to abandon the oil sands will have to be built. Capital is certainly pushing from one direction; vehicles are needed to push back from the other. For now, even if the risk of capital flight is small, the demands from nascent movements cannot but begin modestly. As they grow, however, they will have to confront the dependence of large segments of society on the resource economy.

Capital certainly is ready for a struggle regardless and for now happy to bluff its way to victory. Long before there is a capacity to fight for social democracy in spite of the oil sands, movements will have to call the capital flight bluff already put out by Alberta’s oil money.

3 replies on “Calling the business bluff in Alberta”

[…] today—see Norway, Bolivia or Venezuela. As elsewhere, capital in the tar sands does not have a credible threat to leave anytime soon (even if the pace of investment is […]

[…] sands projects already under construction should be completed and go into production. As I’ve written before, this is a major concern of the tar sands producers and they appear to have gotten their wish. […]