Today’s federal government budget is a litmus test for the new Liberal government. They campaigned on promises of “real change” from the last regime, including a willingness to increase social spending even if it meant running deficit budgets. And, in keeping with this pledge, spending is up, and the deficit is forecast at $29.4 billion.

This is fine in the short term, but it isn’t just about how much spending will be created. The really crucial thing is what kind of spending. Since the 1990s, the Liberals across the country have been masters at implementing a slow-grinding austerity that has cut programs, given away our public services to private interests, and reduced taxes, largely for business and the rich.

More than anything else, this budget reads like new technocratic consensus. Like 1990s austerity, Canada’s Liberals are once again at the forefront of global elite policy. In an era of slowing growth and productivity, with monetary policy by central banks all but exhausted, even the OECD and IMF have called for higher deficits. The Liberals are forging the path that the global elite will try to travel to get global capitalism working again — especially for the elite. As Greg Albo remarked, with this budget the Liberals have rolled back Harper but left Chretien and Martin untouched. 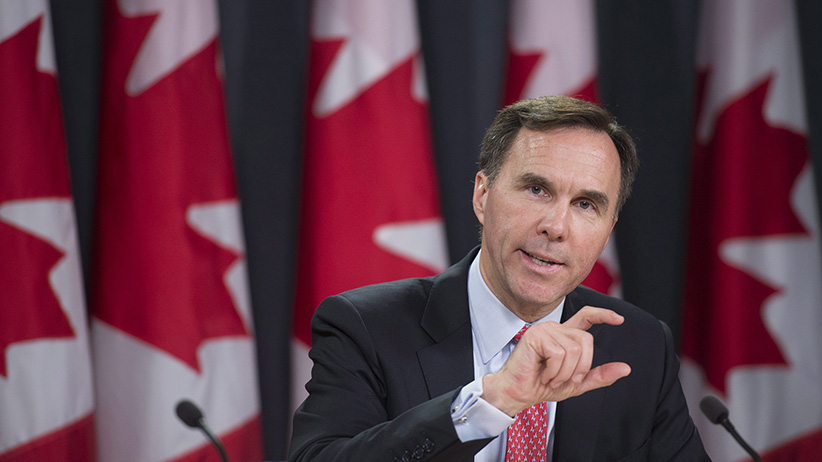 As business (and increasingly households too) sit on hoards of cash, refusing to invest, the government is stepping in to help put a floor under demand. The big stories in this budget are infrastructure to get investment moving again and redesigned, targeted cash benefits to keep consumers spending. The decades-old framework — low taxes on business and the rich, targeted rather than universal social services, and government that doesn’t challenge the structural conditions that create inequality — remains in place.

A lot of coverage and attention will be focused on one number: $29.4 billion. That’s the size of the projected deficit for the coming year. To put that in context, here a few more numbers. That $29.4 billion sounds big but it is about 1.5 per cent of Canada’s GDP. That’s less than half of Stephen Harper’s first post-crisis deficit, which clocked in at 3.5 per cent of GDP, and about the same as Harper’s third budget.

Here’s another number from this budget: federal spending on programs, on our social safety net, is set to rise to just 14.6 per cent of GDP one year from now, marginally higher than today. This is, however, a mere blip in the long downward trajectory since the late 1970s, when program spending was around 20 per cent. The projections in this budget do not signal a turnaround: program spending is to remain flat and fall back down to 2015 levels by 2020. All the rhetoric about rebuilding the middle class doesn’t translate into rebuilding our common social supports. The question is what will be cut in the future to make up for the boost in spending today.

Finally, a significant chunk of the deficit spending is simply due to better accounting. The Conservatives played fast and loose with the numbers and Harper performed some fiscal magic tricks to create surpluses for his final budget. The Liberals are projecting to spend more than the Conservatives but they are also projecting far lower revenues, especially in the first few years. This explains part of the headline-grabbing deficits.

No bad without some good

Of course, with the attempt to boost demand, there is some welcome spending in the budget. Increased money for parents with children will help counteract child poverty. And spending targeted at First Nations is significantly higher than under Harper, although still far short of what is necessary to start to right colonial wrongs. Cindy Blackstock, Executive Director of the First Nations Child and Family Caring Society of Canada, told CBC that the announced spending on First Nations children is “far less than what’s required to achieve equity.”

The budget also includes some good news for unemployed workers in areas hit by the resource downturn, who will get five extra weeks of EI benefits. But the fact remains that most of the unemployed are not eligible for employment insurance, which remains essentially a slush fund for the federal government to pad holes caused by revenues that are too low.

Finally, there are of course big announcements on infrastructure, though not as big as could have been expected. The key here, however, is to watch how the money will be spent. The past decades have seen Liberals perfect the transformation of public goods into sources of profit. This has included privatization, both outright and by stealth, creating private fiefdoms in the social safety net, causing all of us to pay more. Expect more of this trend. This, in fact, is a major reason why so many Bay Street economists were calling for a budget deficit.

After over two decades of slow-moving austerity, the deficit is a fine short-term fix. It’s relatively painless to borrow when interest rates in Canada and around the world are near zero. And this borrowing is necessary, since the government’s ability to generate revenues through taxes has been greatly reduced.

But if we find ourselves agreeing with the Bay Street economists, we should at least ask why. And we should be pushing for a very different vision, one based on expanding and transforming public services, radically greening the economy and taxing more, especially the rich, to get an economy that truly works for all.

2 replies on “Growing the middle class or adapting the elite consensus?”

[…] the pieces together. I’ve long argued that the Liberals are at the leading edge of rebuilding a centrist, neoliberal consensus for a […]