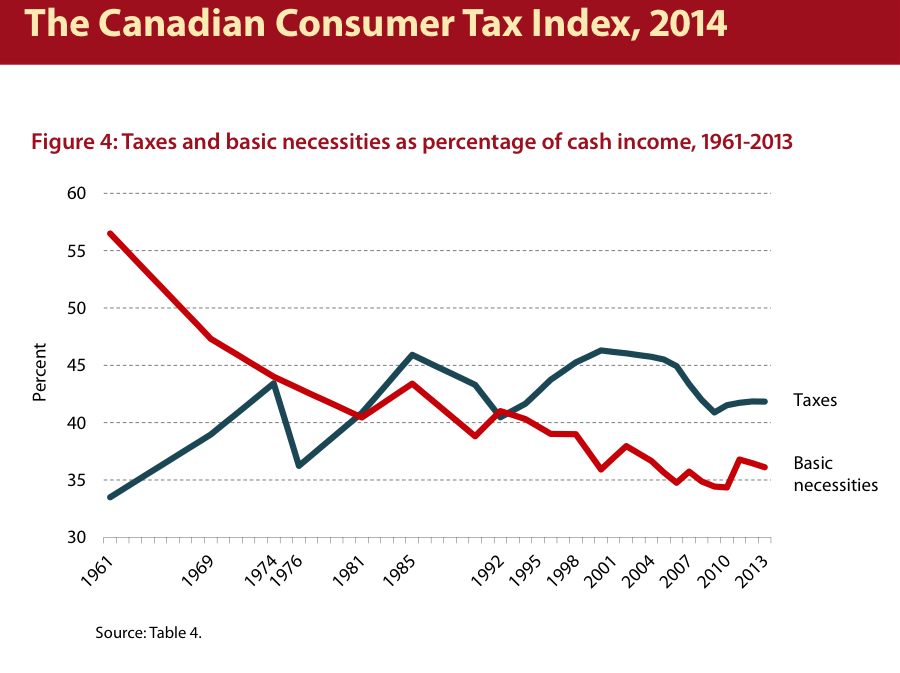 Ironically, while a story about lower spending on necessities could be a success story (capitalism works!), of course, that’s not the point of the exercise. Instead, the chart is intended to incite anger about taxes. The big caveat being to ignore the services these taxes actually pay for: the much-lower tax bill from 50 or 60 years ago is before universal healthcare, the Canada Pension Plan and other major elements of Canada’s welfare state. Yet in its ideological fervour, the Institute might be on the right track, because what the chart shows is in fact not just a success story but the changing nature of consumption. It illustrates how what economists once called the “subsistence wage” – where subsistence is not like a fixed number of calories, square feet and so on but culturally-relative and so varies according to time and place – has changed: most strikingly, what part of consumption is privately-provided and what part is socialized and provided by the state.